Summer Nights - Or at least 2 of them 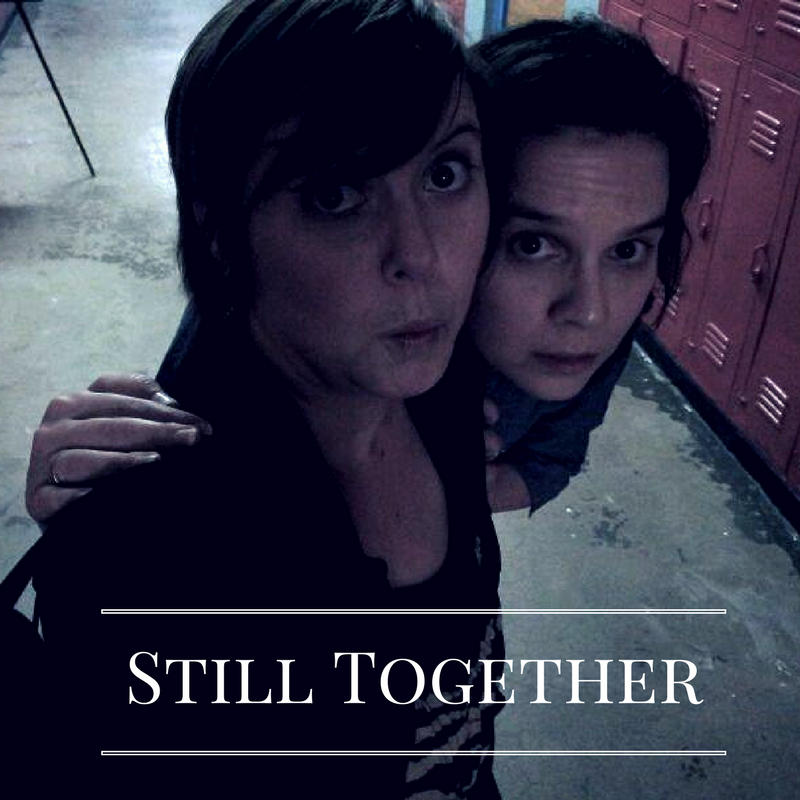 Two Houston Female improvisers celebrate 12 years of performing together in their favorite city. They have performed all over the country in improv festivals (having just come back from the Chicago Improv Festival and about to go to the Del Close Festival) but Houston is where their love of improv began.

Ophelia's Rope is a two-person long form improv group that takes its inspiration from you. That's right, you.  A typical show is kicked off by Ophelia's Rope asking its audience one or two random questions, proceeding to morph the answers into a setting, plot, and duo of unexpected, and sometimes quirky, characters. With no story predicted, no ending forecasted, Ophelia's Rope wanders the worlds of imagination, coloring surprising scenes their audiences inspired.

Ophelia's Rope comes backed with extensive experience in theatre, improv, dancing, singing, TV and film, and athleticism. Members Autumn Clack majored in Acting at Adelphi University in New York, and coupled it with a minor in Dance, emphasis on ballet and modern styles. After, she attended London Dramatic Academy where she dove deep within the world of Shakespeare. Additionally, Clack has acquired skills in stage combat, pointe dance, aerial, dialect detection, and choreography, making her a multi-threat onstage- especially while next to Ruth McCleskey, a very suitable improv partner, indeed. Ruth McCleskey graduated magna cum laude at the University of Houston, where she scored her BA in Theatre, emphasis on Acting and Directing. Since, she has continued learning in the fields of acting, improv, stage combat, TV and film production, and dancing in the forms of two-step, swing, tango, waltz, plus several more. The ladies of Ophelia's Rope improv journey started in 2005 when they joined Massive Improv. There they participated on multiple teams, taking them to Austin, Chicago, San Francisco. Eventually, though, both Clack and McCleskey drifted from Massive Improv and it wasn't until some time later that both heard the stage beckoning them to return to improv. And thus, Ophelia's Rope was born! The team has performed in the Houston Improv Festival, the Austin Out of Bounds Festival, ComedySportz, Boston Comedy Arts Festival, Chicago Improv Festival, The Trill Festival, and The PIT in NY.

About our Friday Night lineup...

Ophelia's Rope will have special guest Aaron Garrett sitting in on their set for Friday Night! 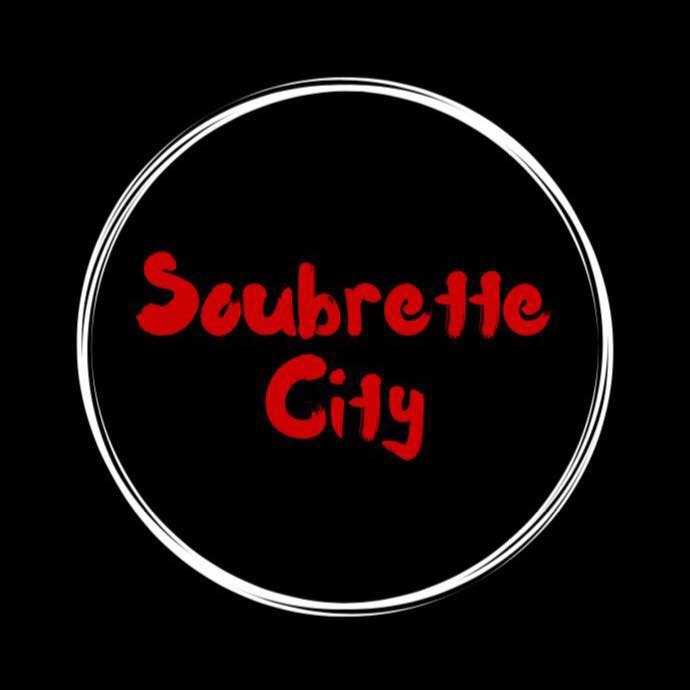 Soubrette City is an all-female improv troupe based in Houston, Texas. Their focus is improvised plays.

The troupe was founded by Ruth McCleskey and Autumn Clack as a show under the Boiling Point Players umbrella for a run of shows at Obsidian Theater November 13-15, 2016. The performers found that they enjoyed performing together so they officially banded together as an improv troupe Soubrette City after their final show of the Boiling Point Players run on November 15, 2016. 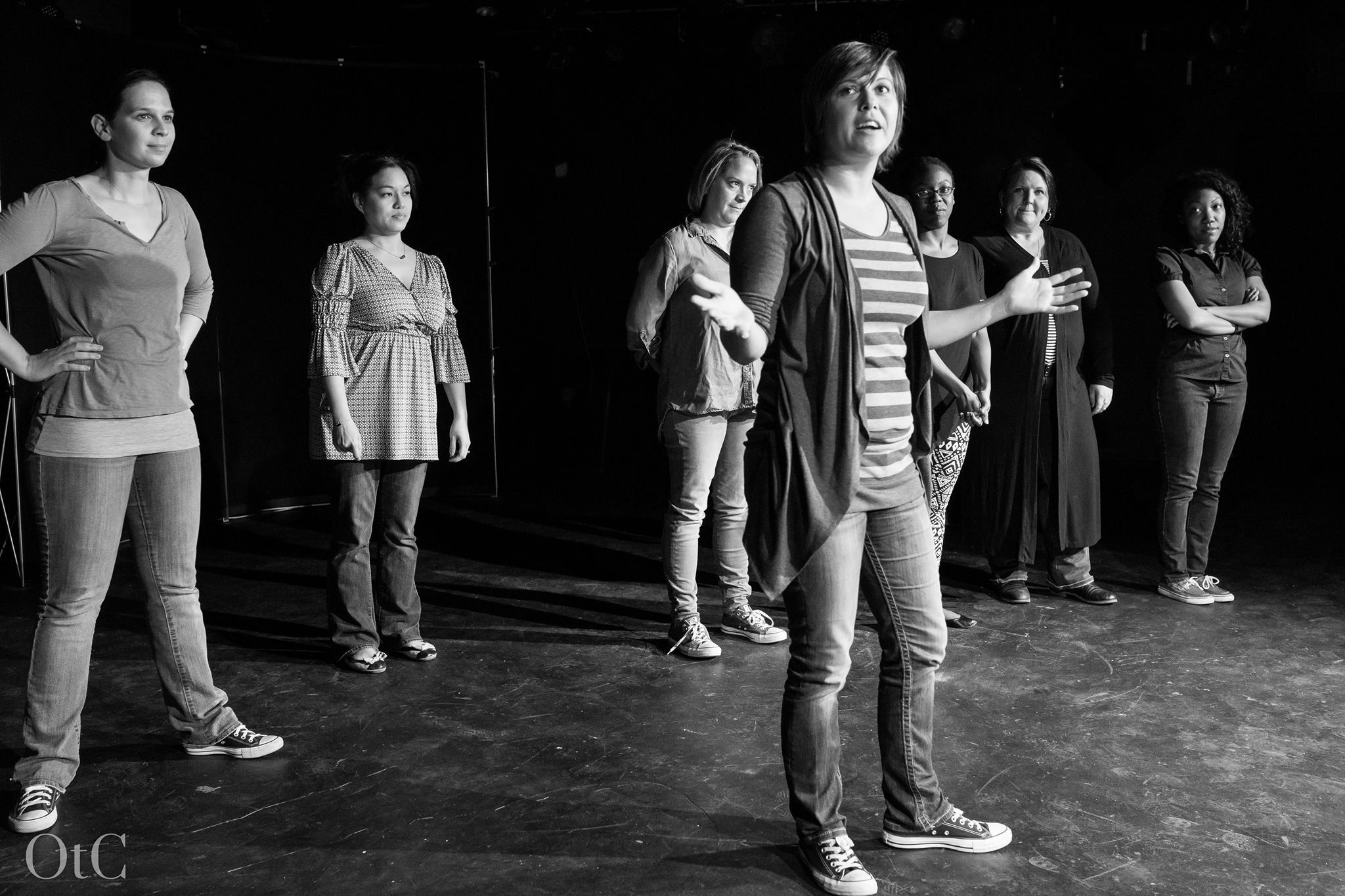 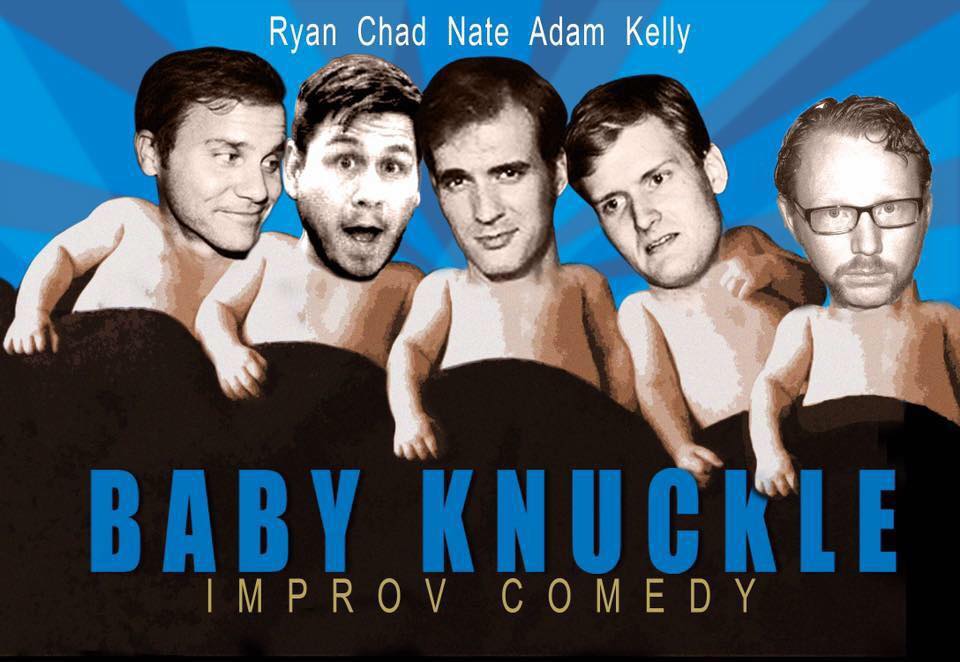 Ryan began studying and performing improv with Houston's Massive Creativity in 2005. From 2006 to 2009, he studied and performed at Improv Olympic (IO) West in Los Angeles, where he formed Kick Drum Decade, a nineteen (19) time Main Stage Cage Match Champion. Ryan returned to Houston in 2009 where he served as a director, instructor, and performer with Massive Improv and Rogue Improv through 2011. Nate has a great resume, but is a slacker and has yet to provide details for the interwebs. Chad and Kelly are veterans of ComedySportz Houston with countless performances under their belts as part of Ampersand and Epilogue HD.

Together they will form a completely improvised 20-30 minute Harold-esque playground, kicking it off with an organic free form opening and exploring that connected universe with richer than rich characters that you care for and fear, stories you must hear, and laughs your belly craves. Nothing is as pure as a Baby Knuckle.

About our Saturday Night lineup...

Depression, anxiety, thoughts of suicide... Hilarious, right?? Grief Bacon thinks so! In this show, a special guest will share their personal mental (un)health journey and Calan and Angela will find silver linings in the struggles that so many of us - especially those of us who feel the need to get in front of groups of strangers in the hopes of making them laugh - face. It's going to get ugly, raw, and real silly, y'all. Cast: Calan Lambert, Angela Lee

Jessica Brown is a graduate of the ComedySportz Houston and The New Movement (TNM) comedy training programs. She has also studied improv and sketch comedy with trainers from Kids in the Hall, iO Chicago, Annoyance Theater, Huge Theater, and more. Jess has performed at the Trill Comedy Festival, Houston Improv Festival, Improv Wins, Megaphone Marathons and Houston Fringe Festival with troupes No More Words, This Infinite Closet, Jousting Bieber, Heroes of Milkton and Fematoma and toured nationally with TNM's Tourceratops. Jess is a Co-Director, serving as Director of Marketing & Corporate Training of Station Theater. She currently teaches and coaches. She also co-produces and oversees marketing for Houston Improv Festival and Trill Comedy Festival. Current troops are no more words, Chuck + Jess, Trek Wars, Wonder Woman Underoos, and Soubrette City

Chuck Stanfield is a 2014 graduate of Station Theater's Improv Conservatory. He currently teaches Level 3 and coaches both house and independent troupes. He has trained at UCB New York, and with teachers from iO West and iO Chicago, UCB Los Angeles, the Annoyance Theater, and Second City. He has performed at the UCB Theater, Del Close Marathon, Houston Improv Festival, Trill Comedy Festival, Improv Festival Oklahoma, and is a frequent performer at Station Theater in both house troupes and in independent troupes. He is also a writer for Blue Shift, Station's Sketch Troupe.

Chuck's day job is as a criminal defense attorney, where is also called upon to justify apparently inexplicable behavior while people stare at him. 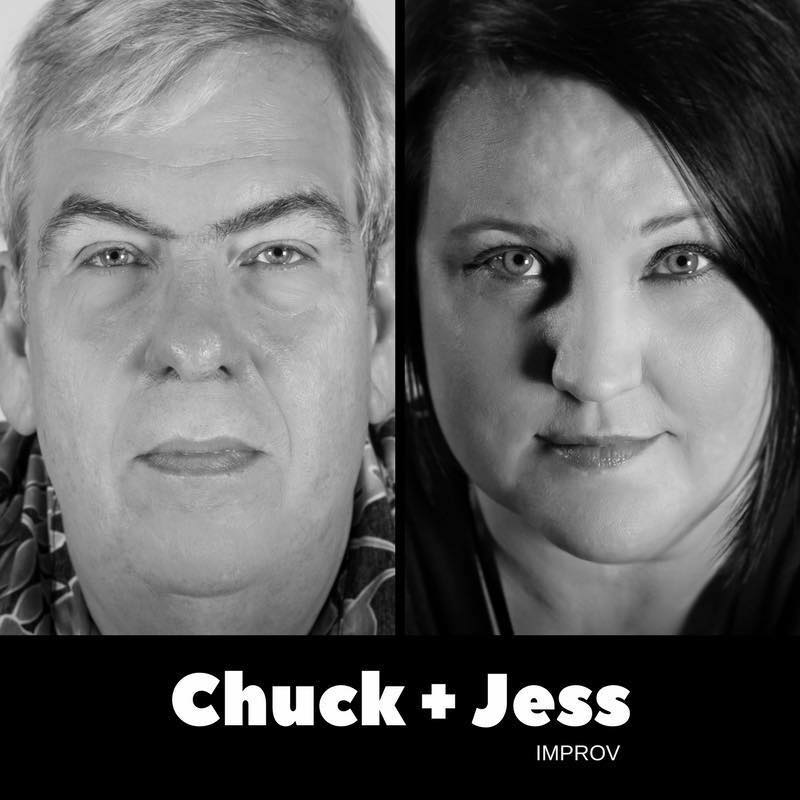 T&A burst onto the Houston improv comedy scene in 2013. Tandiwe Kone, a native Houstonian and Amy Grisbee, a native of Essex Junction, Vermont met at an improv intensive held byThe New Movement Theater in the summer of 2012. Their styles were very complimentary and they enjoyed playing together immensly. After playing with other troupes, they decided to form T&A. They are both graduates of Station Theater and perform there regularly. By day, Tandiwe Kone is a nurse and mother of two and Amy Grisbee is married and teaches middle school theater arts and speech. By night, they are a powerhouse duo that creates of savory, memorable characters who wind up in hilarious, precarious situations. 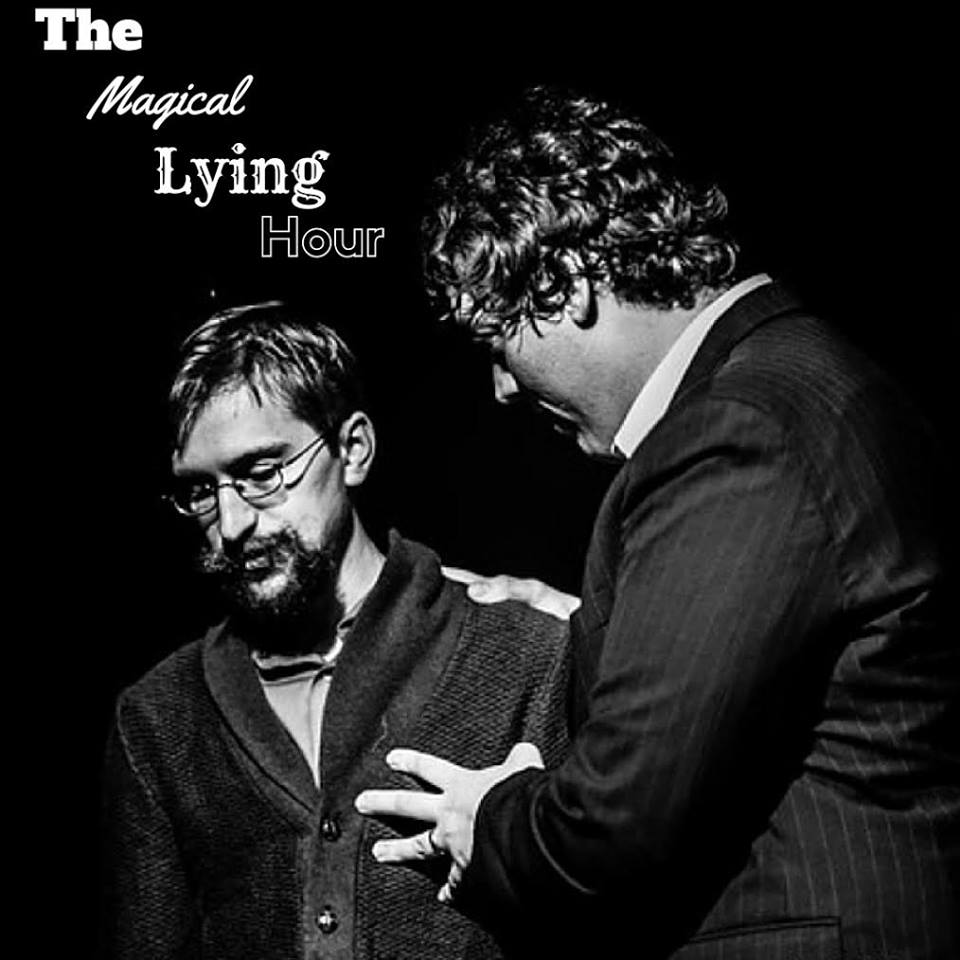