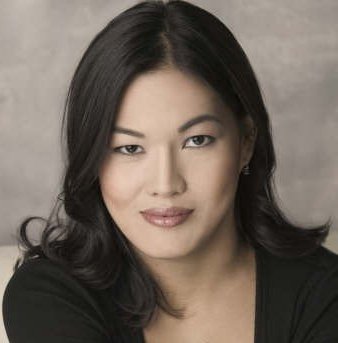 Christine Weems is thrilled to conceive and direct another of all female-Shakespeare production for Boiling Point Players having previously directed the 80's themed A Midsummer Night's Dream and the 90's music inspired A Comedy of Errors. She is a founding member of Cone Man Running Productions which won the Houston Press Masterminds award this year and has previously directed Our Cups Runneth Over, Sunday on the Rocks, The Right Kind of People and The Importance of Eating Earnest for them.  Other recent directing credits include As Bees in Honey Drown (Queensbury Theatre); Ruthless! the Musical(SRO Productions) and The Complete Works of William Shakespeare [Abridged] (Playhouse 1960).  She is artistic director of Cone Man Running's Spontaneous Smattering 24-hour play festival series which donates all the ticket sales to worthy local causes.  She also occasionally writes plays and even less often than that, acts on stage.  By day, she is an attorney and is currently running for judge in Harris County (www.weemsforjudge.com).  Much love to the men in her life that make this all possible - her husband and sons, Michael, Tommy, Jack and Sammy. www.cvweems.com 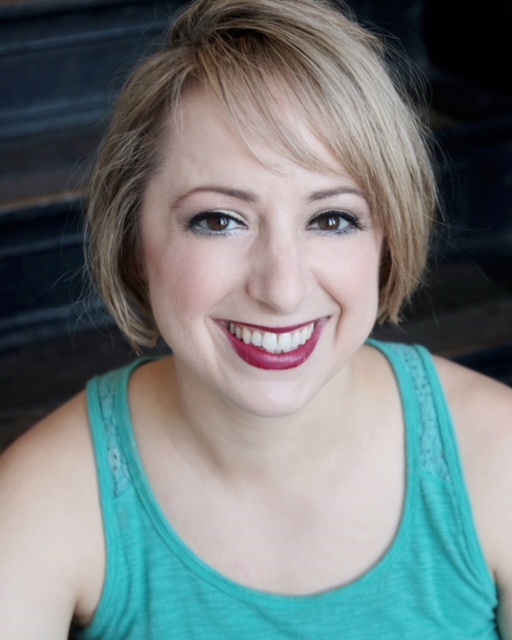 Shanon Adame is a dancer and performance artist. She has worked with a wide variety of artists in many different disciplines, including Jhon Stronks, Leslie Scates, Amy Ell, Daniel Adame, Ashley Horn, Rebekah Chapell, Stephen Koplowitz, Tino Sehgal, Tony Feher, Jim Nolan, Linda Post, and Sarah Draper. She has performed with The Pilot Dance Project, Freneticore Dance Theater, The Catastrophic Theatre, The Ornery Theatre, Mildred's Umbrella Theater Company, Boiling Point Players, Recked Productions, Frame Dance Productions, and Suchu Dance. Shanon has shown her work at the Frenetic Fringe Festival, The Houston Artery, The Foundry, Venturing Out, DiverseWorks, Suchu Dance, Suchu Dance's Comedy Dance Festival, and The Peace Festival. She was named one of the 2013 "100 Creatives" by The Houston Press, served on the Artist Board at DiverseWorks, and is one of the 2018 Dance Source Houston artists in residence.

Kacie Adams cannot wait to once again perform Shakespeare with Boiling Point Players, after her turn as Second Merchant and Pinch in last year's Comedy of Errors. Other favorite works with BPP include Positions (Rose) and the improvised plays of Soubrette City. A native Houstonian, Kacie's previous credits also include The Complete Works of William Shakespeare (Abridged) (Adam; Playhouse 1960), Fragments(Cassandra; Cone Man Running Productions) and Antony & Cleopatra (Diomedes; Obsidian Theater). She thanks everyone who allows her to keep pursuing these delightful opportunities, and the wonderful people who come to see the show! 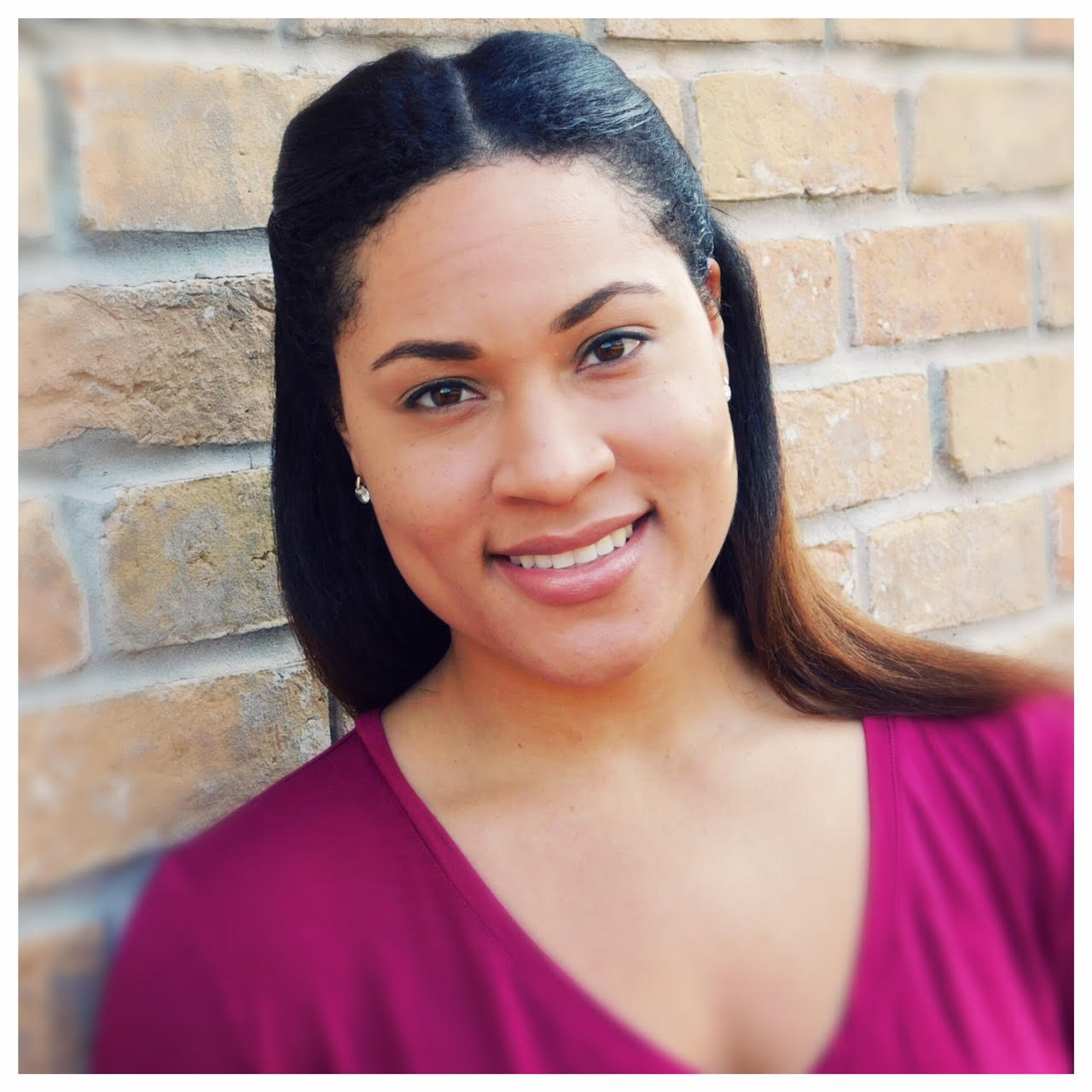 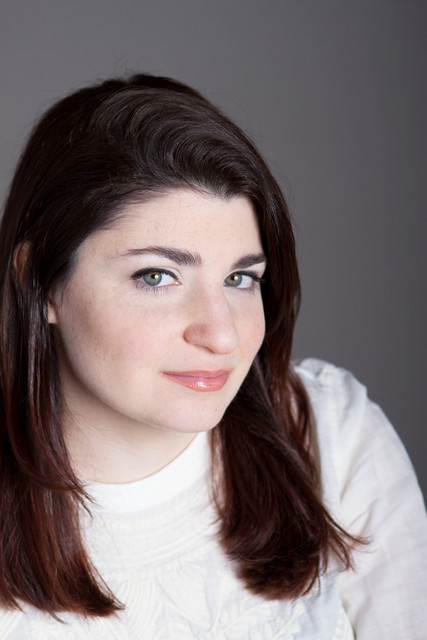 Rebecca Bernstein is thrilled to be making her Boiling Point Players debut. A longtime Shakespeare fan, Rebecca has appeared as the Porter in Upstage Theatre's MACBETH (where she also directed a production of TAMING FOR THE SHREW), as Mariana/Whore #2 in Troupe D'Jour's MEASURE FOR MEASURE, and Scarus/Messanger in The Pearl Theatre's ANTONY AND CLEOPATRA. She has also directed productions of Alice in Wonderland (Company Onstage) and The Grapes of Wrath (Houston Theatre Company). She is a cast member of THE DINNER DETECTIVE and hopes you enjoy the show!!! 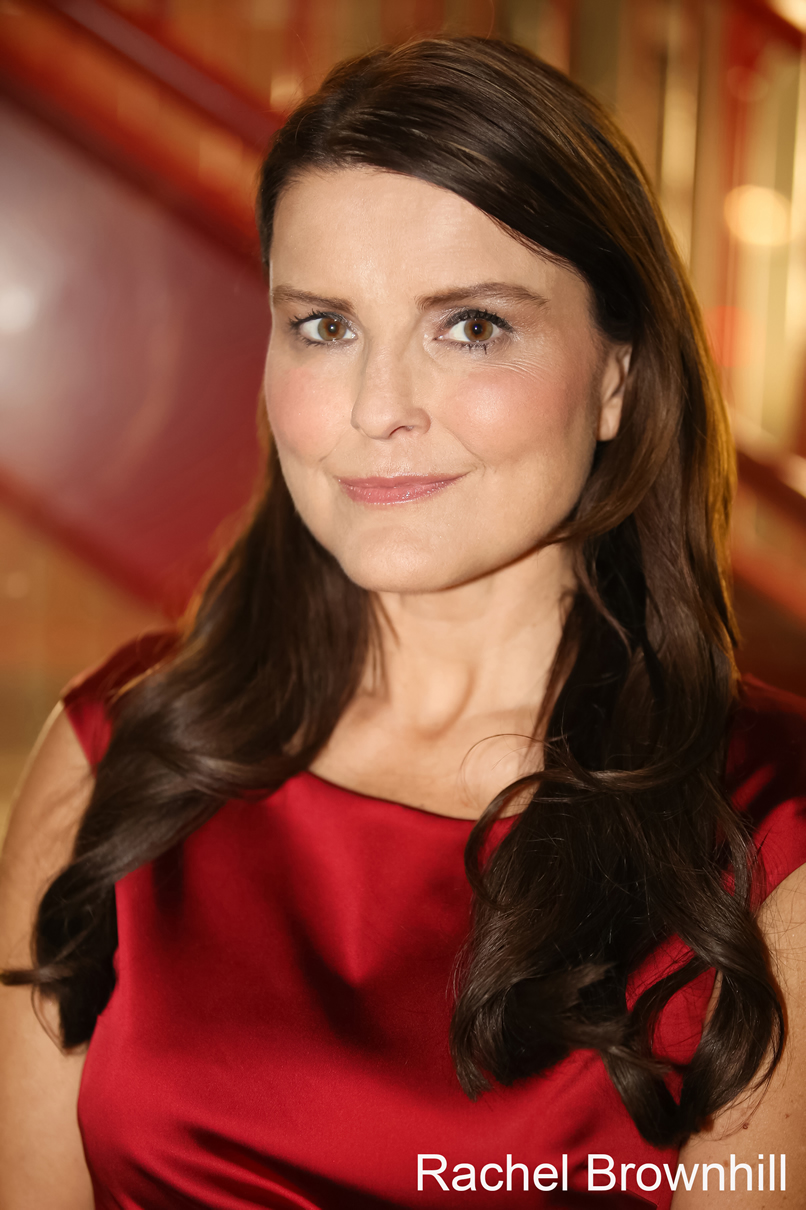 Houston theatre  credits include 'Rosa Parks'  for Ensemble Theatre Tour Ed,, Frau Blucher 'Young Frankenstein' Upstage Theatre, Betty Davis 'Color Blind' The Fade To Black Festival, and Mom 'Small Jokes About Monsters' Landing Theatre for which she won outstanding actress in a leading role. Rachel is represented by Pastorini Bosby Talent and hopes to be filming a movie in Atlanta very soon.. Rachel just finished portraying Lady Bird Johnson and Rosalyn Carter in a Vincent Victoria production about Eartha Kitt.For BPP Rachel was Bou Lady in "True Story', Noir in "Positions" and is very excited and honoured to be working with all these amazing ladies again! 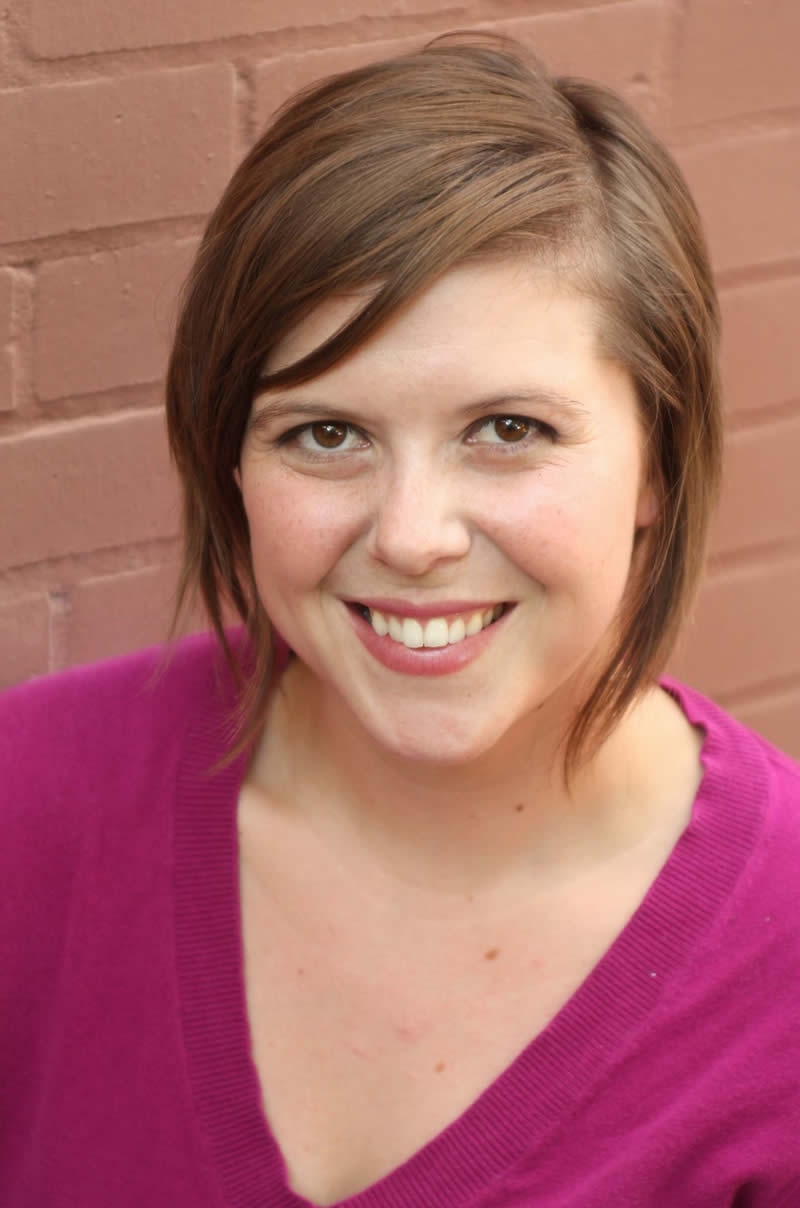 Autumn Clack is a co-founder of Boiling Point Players. She is also half of the two woman improv team, Ophelia's Rope, with Ruth McCleskey. They have performed at the Del Close Marathon in NYC, Chicago Improv Festival, Boston Comedy Arts Festival, Alaska State Improv Festival in Juneau, AK, Out of Bounds in Austin, Houston Improv Festival, Trill Comedy Festival in Houston, and more. She has a BFA in Theatre from Adelphi University in New York and studied at London Dramatic Academy through Marymount Fordham University under Scott Shattuck and Richard Digby-Day. Favorite past roles include Boiling Point Players - Comedy of Errors (Dromio of Syracuse), A Midsummer Night's Dream (Lysander), 5 Lesbians Eating a Quiche (Vern), Secrets of a Soccer Mom (Allison), In Juliet's Garden (Juliet); Cone Man Running Productions - Sunday on the Rocks (Jen), Give/Take (Lindsey); Mildred's Umbrella - Pollywog (Esther), Large Animal Games (Nicole); The John Paul II Forum - The Jeweler's Shop (Teresa). Thanks to Ruth and Christine for always being ready to play! 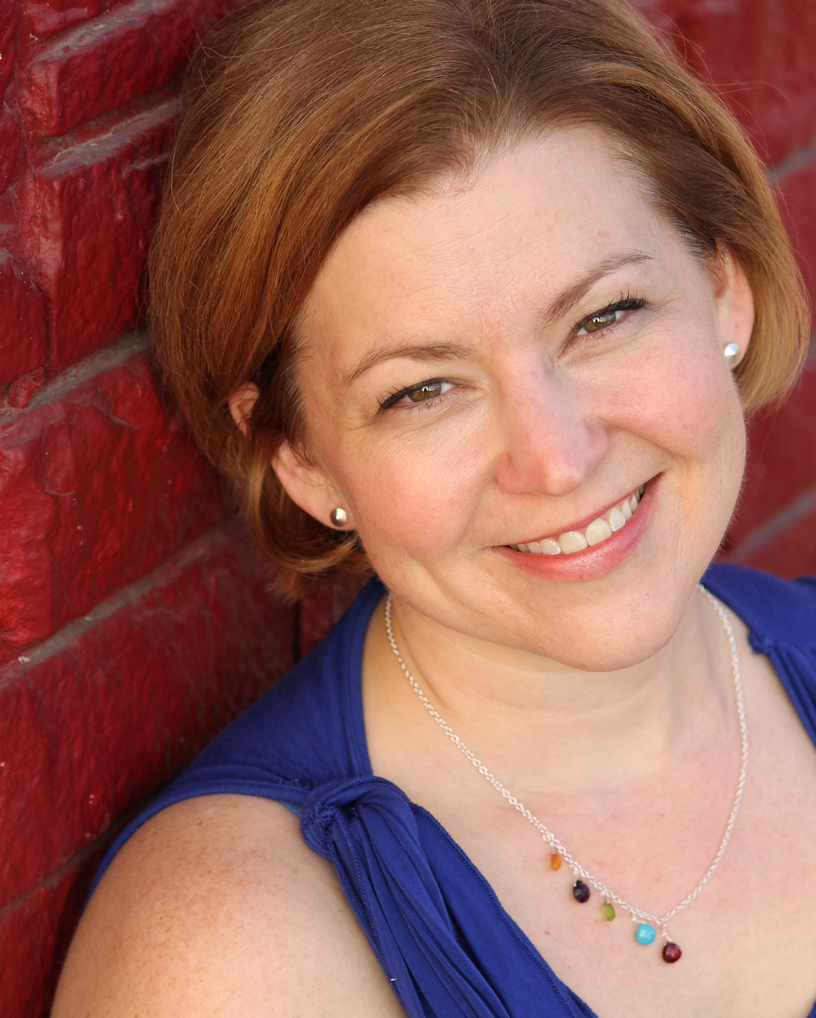 Melissa Huckabay most recently appeared onstage in Most Wretched Deathbed Fever Dreams of Edgar Allan Poe at Company Onstage and The Complete Works of William Shakespeare (Abridged) at Playhouse 1960. Favorite roles have included Margaret in Much Ado About Nothing, Anne Hathaway in Murdering Marlowe, Belle in Beauty and the Beast, Winnifred in Once Upon a Mattress and Miss Sandra in All Shook Up. Melissa is also a poet and playwright whose short plays have been produced by Playhouse 1960 and Pandora Theatre. She is a writer in residence for Writers in the Schools, a freelance writer/editor and mom to a precocious preschooler. 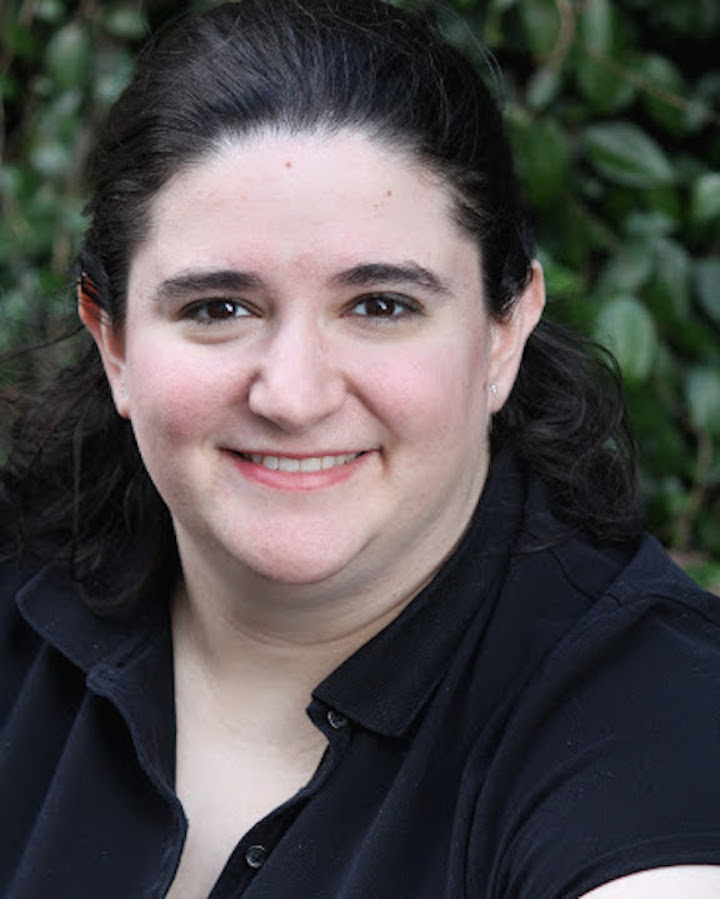 This is Stephanie's third production with Boiling Point Players, but not her only experience with all-women theatre. Favorite gender-bending roles include Sir Lawrence Wargrave in Agatha Christie's And Then There Were None, Malvolio in Twelfth Night, Flute in A Midsummer Night's Dream and Angelo in Comedy of Errors. Stephanie works as a middle- and high school math tutor and serves on the board of directors for The Company OnStage. 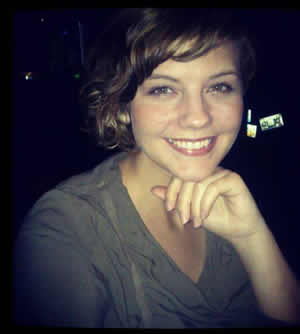 Esme LeJeune is a Louisiana native, with an MFA in Playwriting from Royal Holloway, University of London. Previous original works include Metanoia, The Absence of Grace, Tuning In, and The Snow Queen. Previous roles include Cassie in The Winners and Henrietta in Three Ladies of Orpington.She thanks her family and friends for the love and support, and Cone Man Running for the opportunities to play. 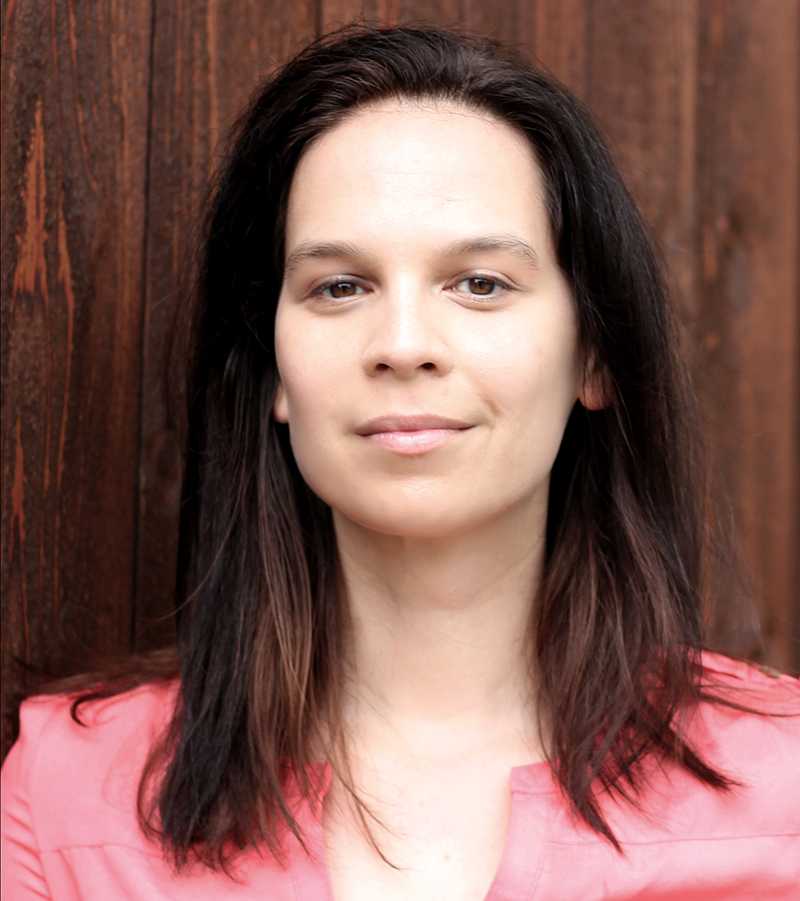 Ruth S. McCleskey graduated from the University of Houston, magna cum laude, with a degree in theater. Amongst her favorite theater credits: Shakespeare's A Midsummer Night's Dream, Comedy of Errors, The Importance of Eating Earnest, In Juliet's Garden, Secrets of a Soccer Mom, Sylvia, Hedda Gabler in Hedda Gabler, The Truth of a Lie at the Heart of a Deception, Wizard of Oz, The AntiChrist Cometh, Macbeth Mixup, Three Bags Full, Romeo and Juliet, The Nerd, Sordid Lives, Pinocchio Commedia, You Can't Take It With You, Romantic Comedy, Carl the Second, and Blueness/Grayness. She also performs in the two person long form improv group Ophelia's Rope (OpheliasRope.com) and is a co-founder of Boiling Point Players. 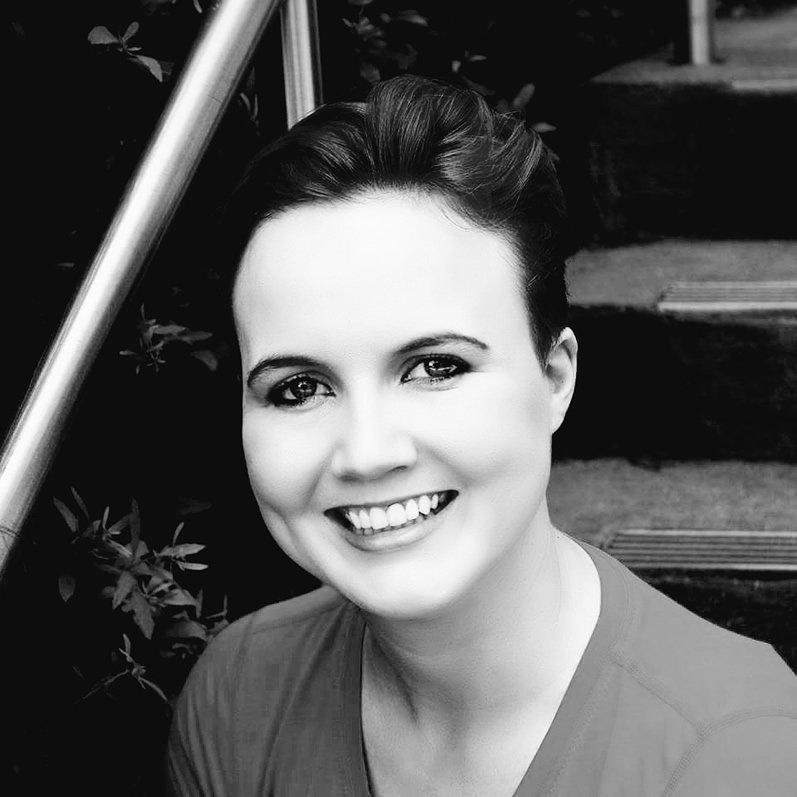 Megan is excited to back with Boiling Point Players, having last performed with them as Bottom in the 2016 production of "The Merry Wives of Windsor". Some of her favorite roles include Ruth in "Blithe Spirit", Ralph in "Lord of the Flies", Gretchen in "Boeing Boeing" and Nurse Kelly in "Harvey". Megan would like to thank her friends, family and Jonny for their continued love and support. 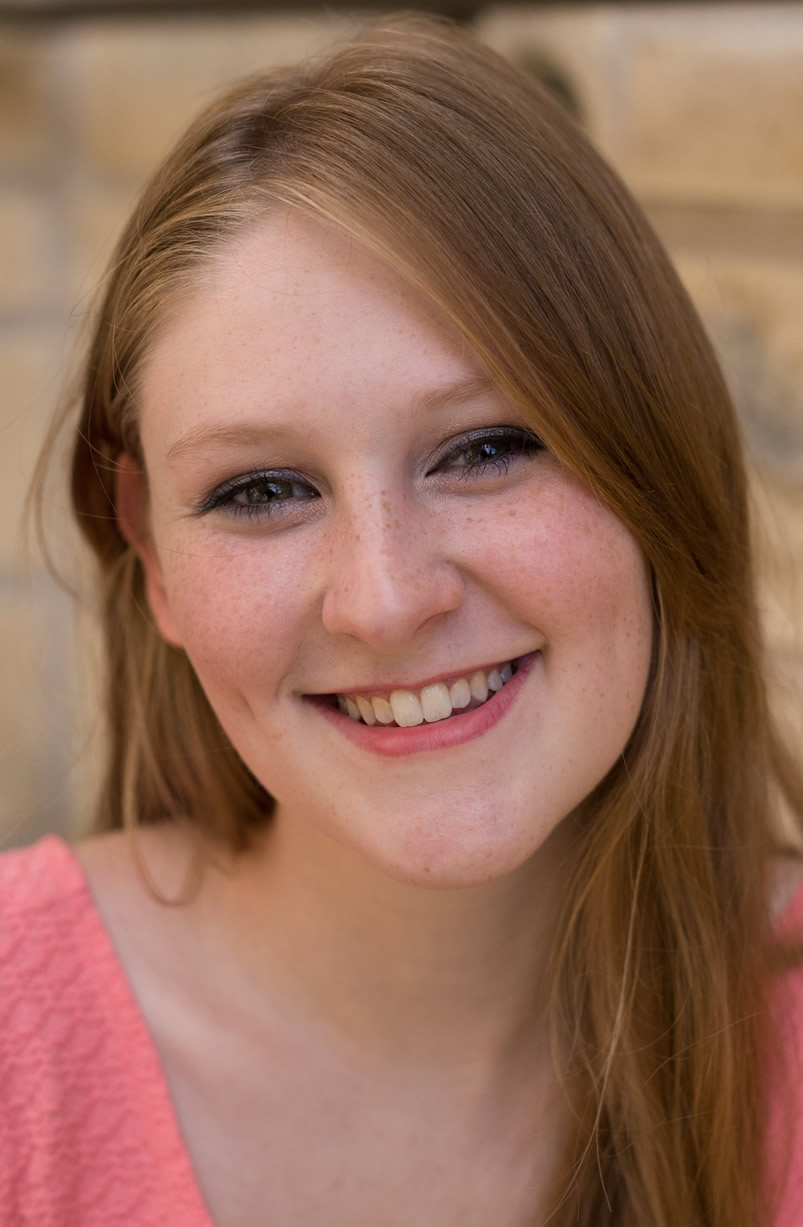 This is Ally's first production with Boiling Point Players, but her second all-female show! Her first was Anton in Show Business at Southwestern University, where she earned a BA in Theatre. Since graduating, Ally has worked with Unity Theatre as Edith in Blithe Spirit, and Margot Frank in Diary of Anne Frank. She also works in the Education & Community Engagement department at the Alley Theatre, and loves to have fun onstage! 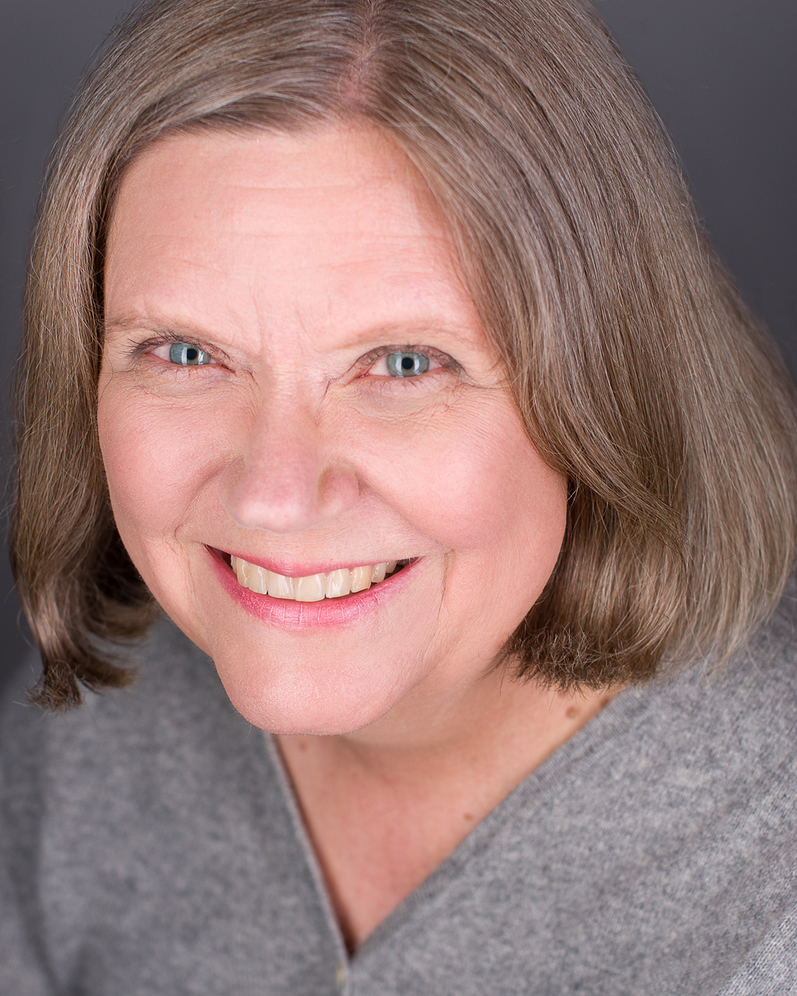 Alice is excited to do her first show with Boiling Point Players. Previous acting credits include the Countess in All's Well That Ends Well and Leonata in Much Ado About Nothing (Shakespeare in the Shade), Queenie in Bell, Book and Candle (Playhouse 1960), Paulina in The Winter's Tale (Pearland Theater Guild), Mrs. Cray in Sherlock Holmes and the Doom of Devilsmoor (Theatre Suburbia), Nat in Rabbit Hole and Mrs. Gottlieb in Dead Man's Cell Phone (Rice Players), and Miss Prism in The Importance of Being Earnest and Penny in You Can't Take it With You (College of the Mainland). 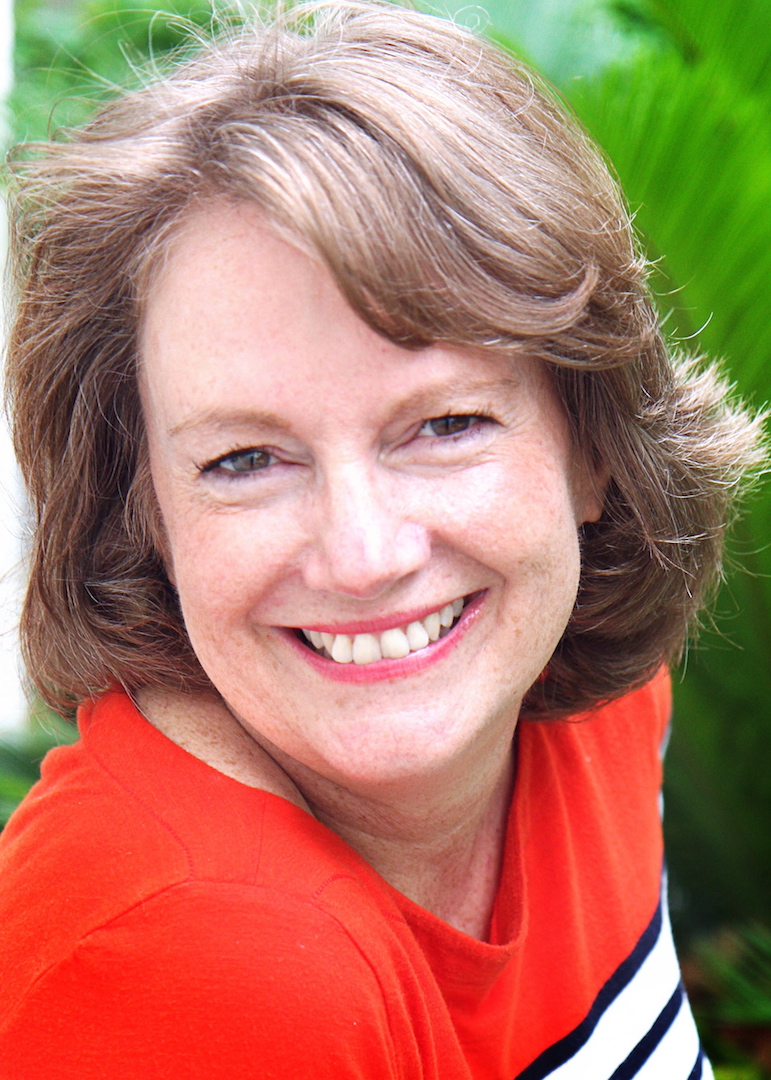 Lynn Johnson Ruthrauff is a stage and film actress. She appeared as Hot Lips in a stage production of M*A*S*H and has held supporting roles in various other performances. In addition to a 48-hour short film, she's been cast in multiple business videos as well. Lynn graduated from Station Theatre's Improv program, and threw herself into all sorts of off-the-cuff shenanigans with improv troupes--Old Enough to Know Better and Magical Lying Hour. Currently, you can watch her troupe Black Market Lullaby perform on a regular basis. By day, this Texas A&M grad is a trusted technology projects consultant to some dynamic Houston businesses, and her (very distant) aspiration for the future would be to die laughing. 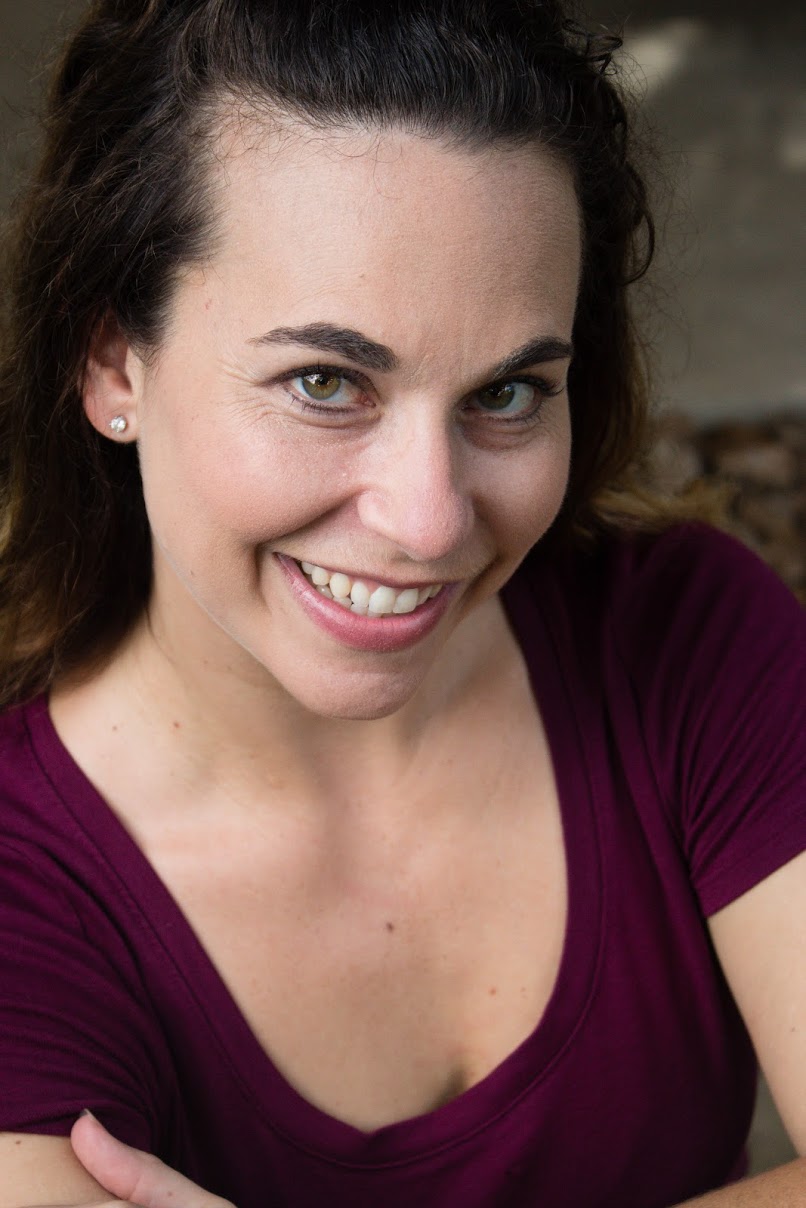 Renata Smith is supremely excited to be playing with Boiling Point Players again. Past credits include the New You cabaret and In Juliet's Garden. A few of her other favorite roles have included Sylvia in Sylvia (The Company onStage), Karen in The Groundling (Theatre Southwest), numerous characters in the Five Minute Mile (Cone Man Running), and mom at home with her husband. As always she would like to thank her family for their patience and understanding. Enjoy the show! 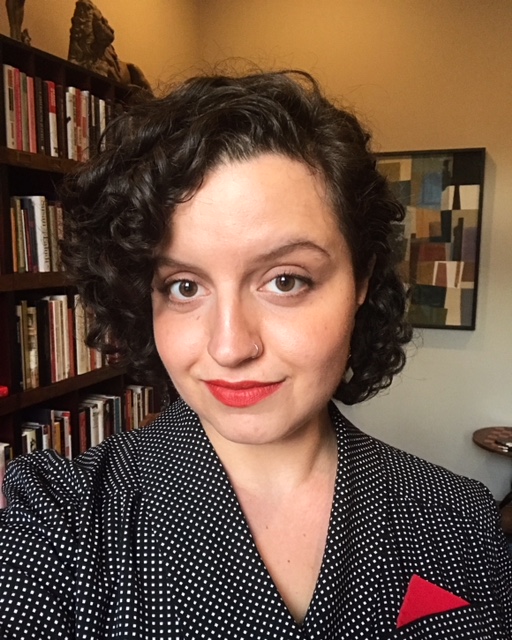 Hannah Thalenberg is a native of Brazil and Houston evangelist. Her work fighting for reproductive rights and justice in Texas is part of why she craves the escape of theater and is thrilled to perform with BPP for the first time! In the past Hannah has performed with Baker Shakespeare and the Rice Department of Visual and Dramatic Arts, notably as Horatio in Hamlet and one of the Wyrd Sisters in Macbeth. Wine and languages are both passions and hustles, and she is slipping down the slope of cat parenthood. 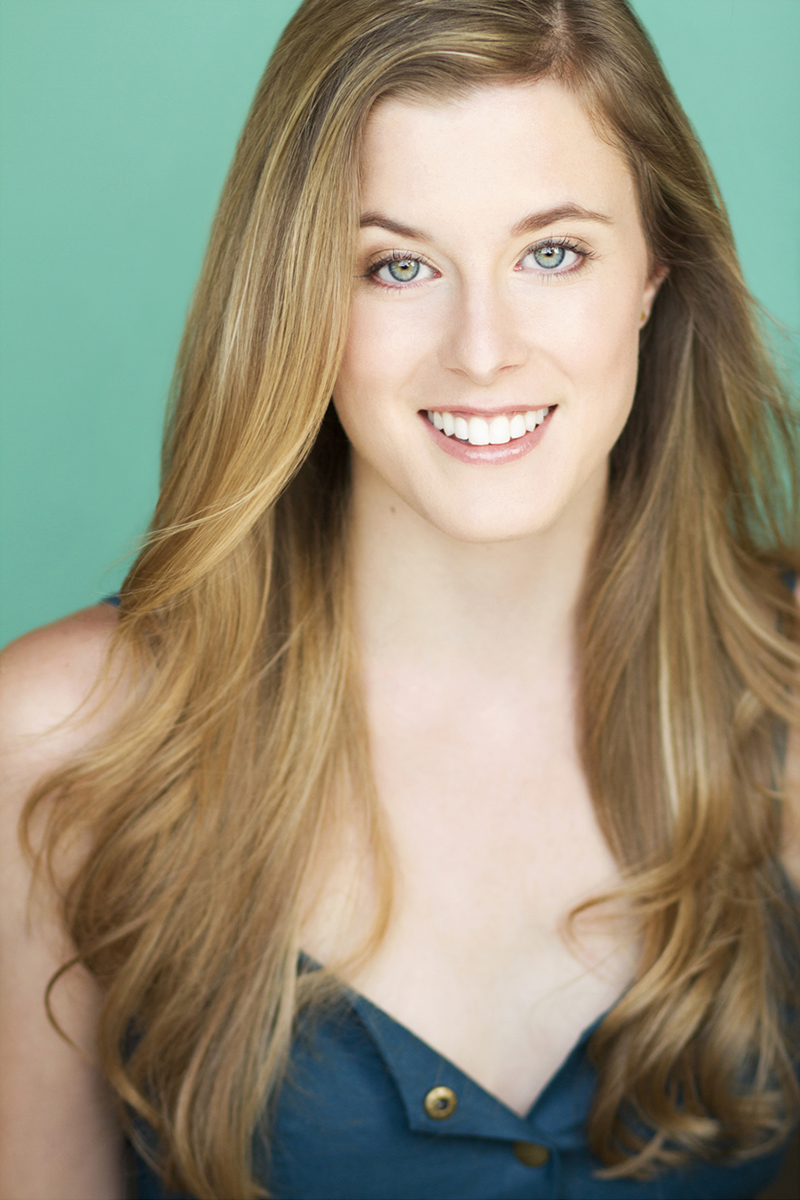 Annie, a Houston native, is excited to be taking part in her first Boiling Point Players production!