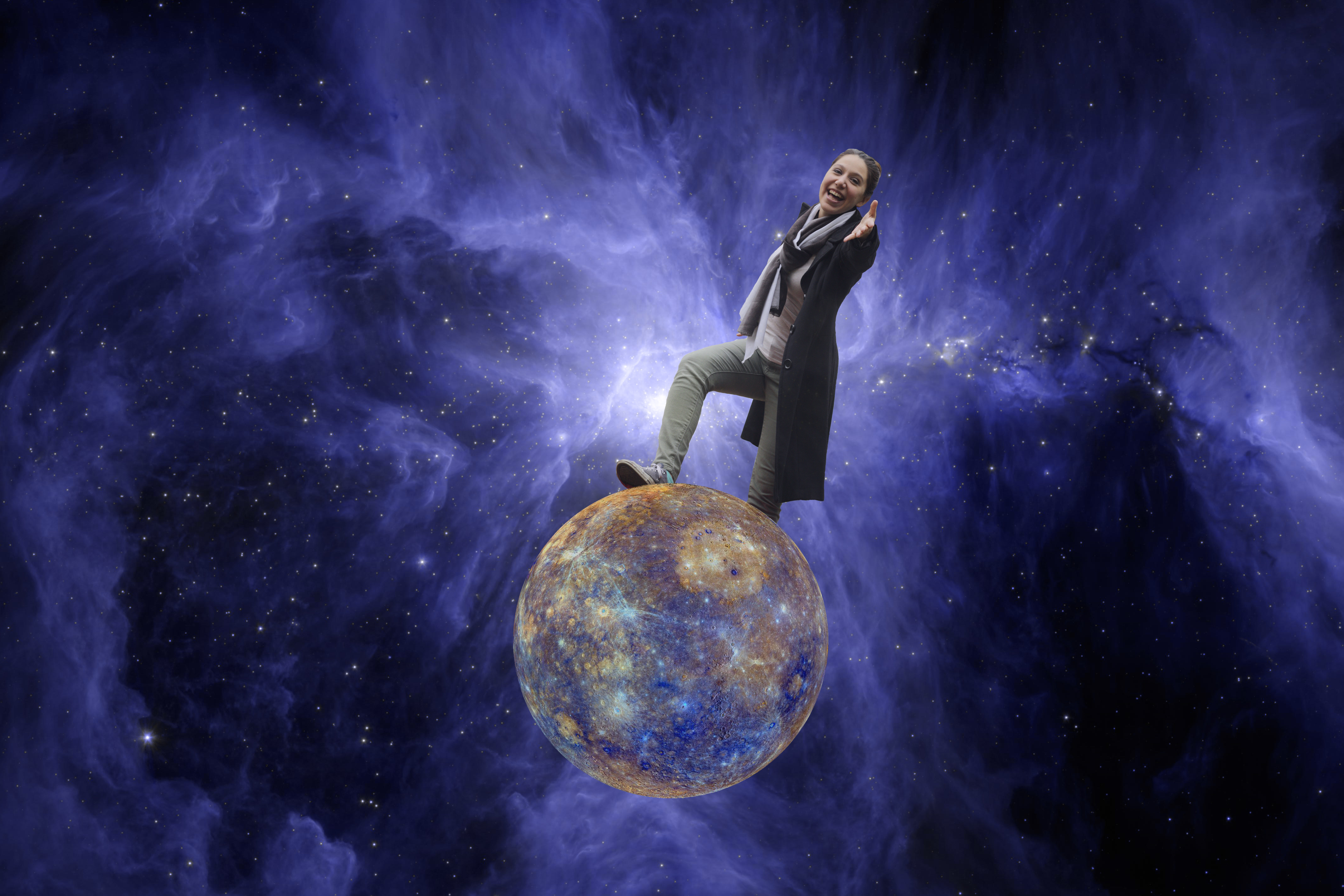 A little about our performers 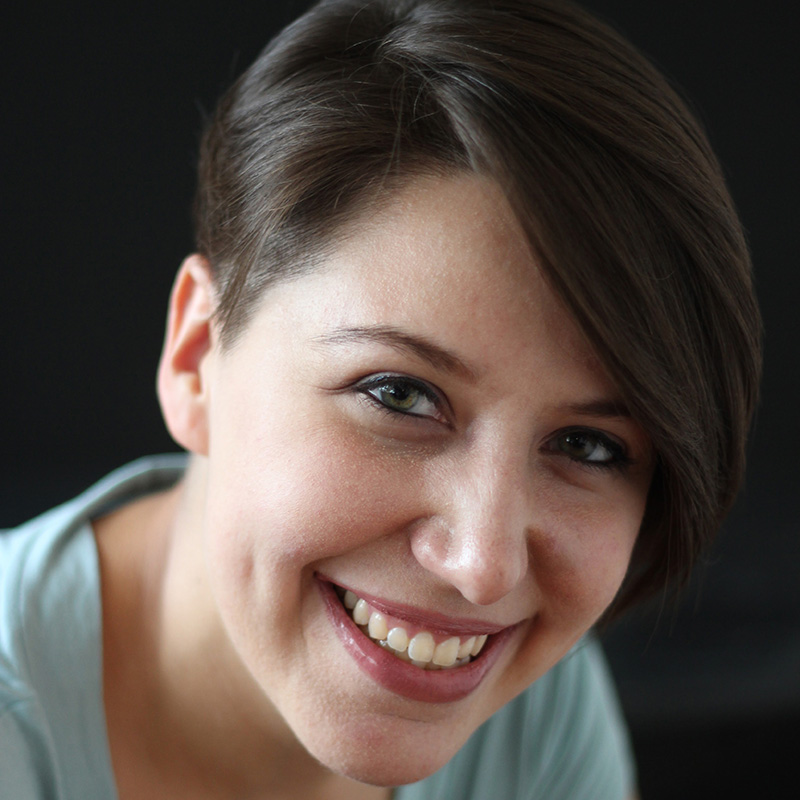 Kacie Adams cannot express how excited she is to work on the cabaret once more! This is her third time participating, and the first time her poetry has ever been performed publicly, for which she is deeply grateful. Other wonderful Boiling Point experiences include An Improvised Play x 3, Positions, and The Merry Wives of Windsor. Kacie can also be seen at The Company OnStage in Cinderella Goes Disco, a fun-for-all children's show, running through February 9. 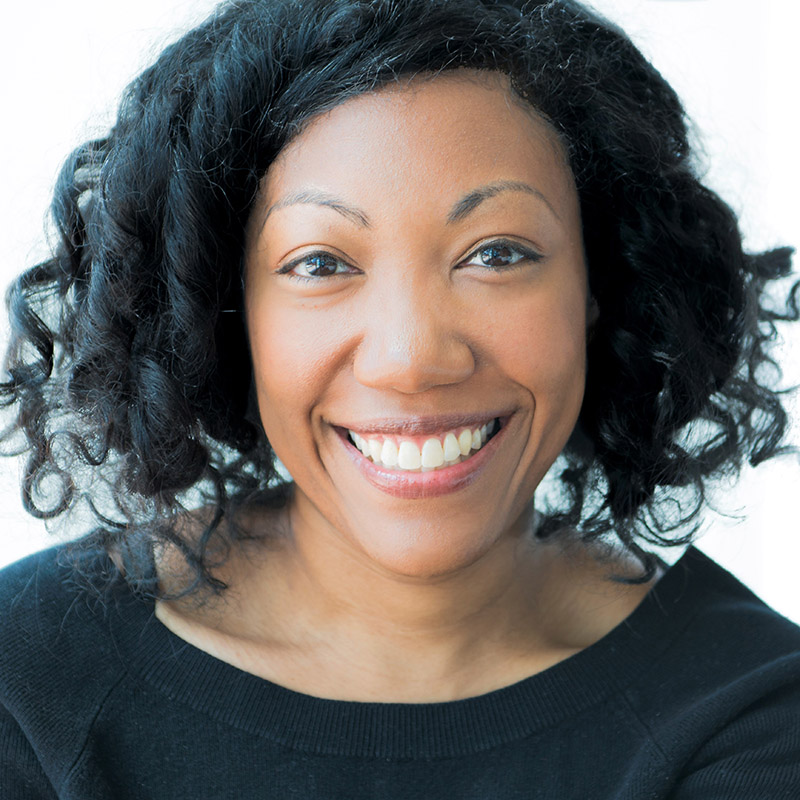 This is Callina Anderson's second Caberet with Boiling Point Players, and she couldn't be happier to be back!  Previous performances around Houston include Ma Rainey's Black Bottom; Platanos y Collard Greens(Ensemble Theater), The Revolutionists; Grand Concourse (Main Street Theater), The Judgment of Fools; The Sonic Life of a Giant Tortoise… (Horse Head Theater), Motherhood Out Loud (The MATCH), Dollface; Well(Mildred's Umbrella) , A New Dawn Cabaret (Boiling Point Players), Give/Take, Smattering 3, 5, 7 & 8  (Cone Man Running Productions), Fade to Black (Edmonia's Marble), Alley Theater's Houston Young Playwright Exchange, and was a regular actor with Interactive Theater. She will be seen in Freeda Peoples at Ensemble Theater and The Effect  at The MATCH in Spring 2019. Ms. Anderson holds a B.A. in Theater from the University of Houston.

Katy Burns is humbled to have another opportunity to work with Boiling Point Players in this meaty piece of work by Daniel Ciba! Memorable credits include Boiling Point Players' productions of True Story (The Pilgrim), In Juliet's Garden (Ophelia), multiple performances with Ophelia's Rope, Katy's carbaret installments- A Night on the Edge with Katy Burns (shhh.. don't slip!), A Night in the Mind of Katy Burns - A Tribute to Mike and Janet and Boiling Point's production of A Night in the Shoes of Katy Burns (Yes. I grew up looking like Yoda), Houston Grand Opera's productions of the world re-nowned Wagner Ring Cycle, Chicago (Velma), The Jeweler's Shop (Anna), Guys and Dolls (Adelaide), NYC's premier of John Pollono's Lost and Found, CATS North American Tour (Rumpelteazer, u/s Victoria, Sillabub), The Caucasian Chalk Circle (Grusha) under the direction of Roxanna Stuart! Thank YOU who come to see the magic unfold, BPP and my many feels... { Ladybug, Babes- K1, K2, The Original Little Bit... A&A, Ruth, Elles, Philly... last but not least... Mike & Janet! Squeeze on Nani & Popi for us - Fair to say Kelly and I have all the ash we can fit on a plane. 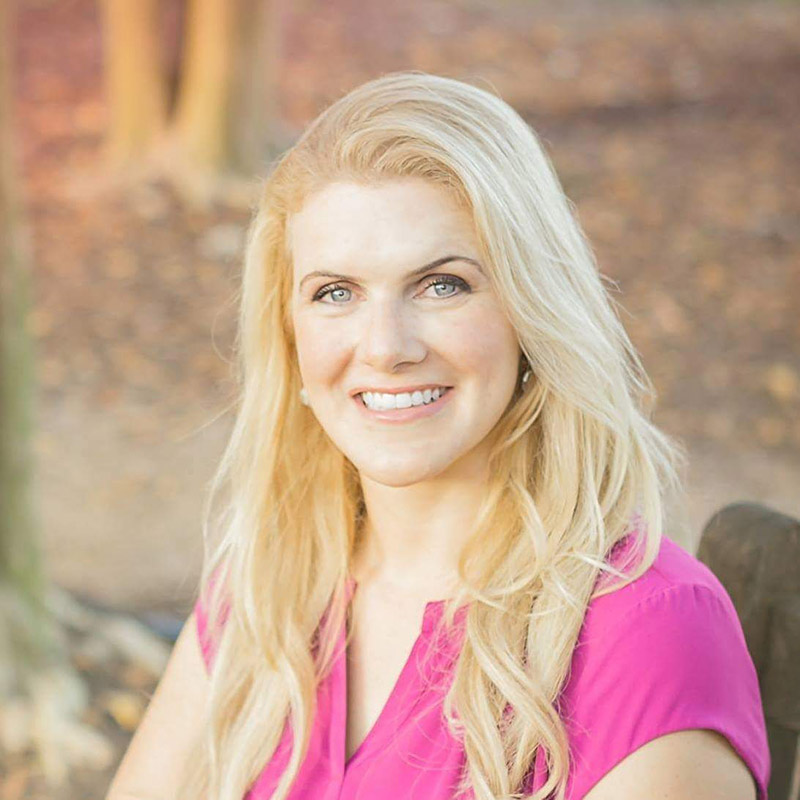 Lesley Clinton has won awards from the Poetry Society of Texas. Her poems have been published in Mezzo Cammin, the 2017 Texas Poetry Calendar, Houston Poetry Fest anthologies, Sakura Review, Euphony Journal, and others. One of her poems is forthcoming in By the Light of a Neon Moon, Madville Publishing's anthology of Texas dancehall poems.

ELLEN DYER is excited to be back singing for another Boiling Point Players Cabaret! Ellen has enjoyed performing in many different companies in the Houston area including: The Alley Theatre, Theatre Under the Stars, Main Street Theater, Unity Theatre, Island ETC,
The University of Houston Children's Festival, Miller Outdoor Theatre, BCCM and with Broadway producer Stuart Ostrow and composer Jerry Bock. Some of her favorite regional roles include: Audrey in Little Shop of Horrors, Woman 1 in Songs for A New World, Juliet in Romeo & Juliet, Kate Monster in Avenue Q, Ann in All My Sons, Charity Hope Valentine in Sweet Charity, Ophelia in Hamlet, and just recently Maggie in Lost Girls. She would like to thank her husband Trey, her 3 wonderful step children, and besties Autumn and Katy for their love and support!

Caryn is thrilled to be a part of BPP’s “A New World Cabaret”! She recently appeared in the Blue Shift sketch comedy show “Dirty Pop!” and “Midnight-ish Mayhem: A Creepy Cabaret” (which she also co-created and co-wrote). Her previous roles include The Witch (Into the Woods), Martha (Who’s Afraid of Virginia Woolf) and Maggie (42nd Street). She writes/performs sketch comedy, improv and musical numbers as part of “The 80s Kids: 80s-Inspired Comedy,” which enjoyed a month-long run at Station Theater in October and played in the 2018 Trill Comedy Festival. She’s also member of the improv troupe The Vestibulists, and voices audio tours for the Museum of Fine Arts, Houston and other museums and historical sites. 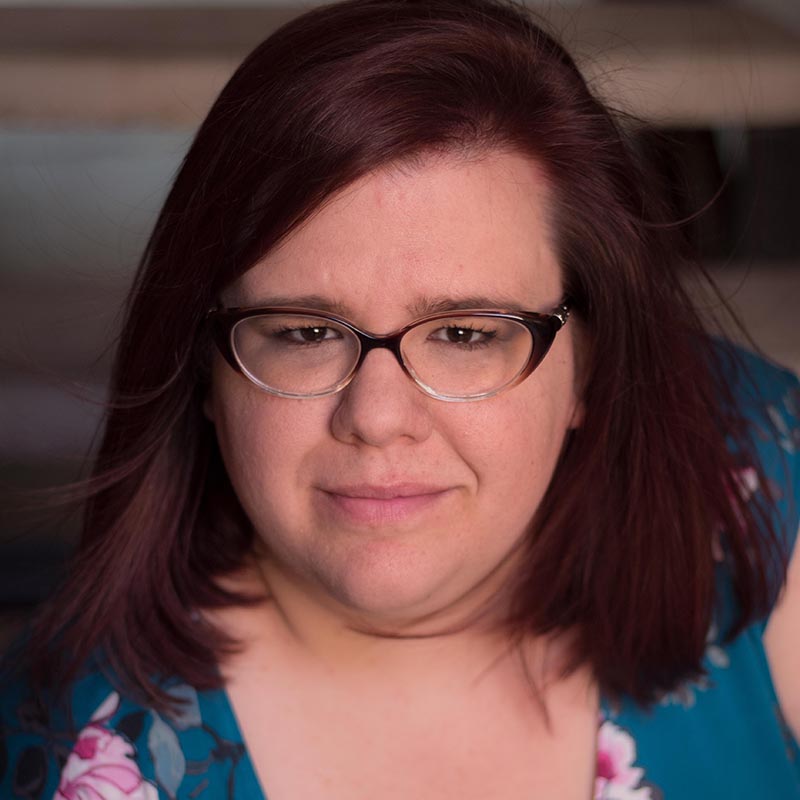 Lauren Hainley is thrilled to be slowly returning to the stage after completing her Masters in Arts Leadership from the University of Houston in May. Before going back to school, she had performed on Houston stages for the last thirty years. During that time she did every job there is to do from actor to lighting designer to toilet cleaner.  This is Lauren's second time performing in the Boiling Point Player's Cabaret. She was BPP's first guest director, an considers herself part of the family whether or not Ruth and Autumn agree. Lauren is currently the Special Projects Manager at the Houston Arts Alliance where she is overseeing the creation of a plan to prepare the arts and culture community of Houston for the next emergency. Sometimes she also takes pictures as Archeya Photography. Next up, Lauren will be playing Woman in Boiling Point's one acts in April. 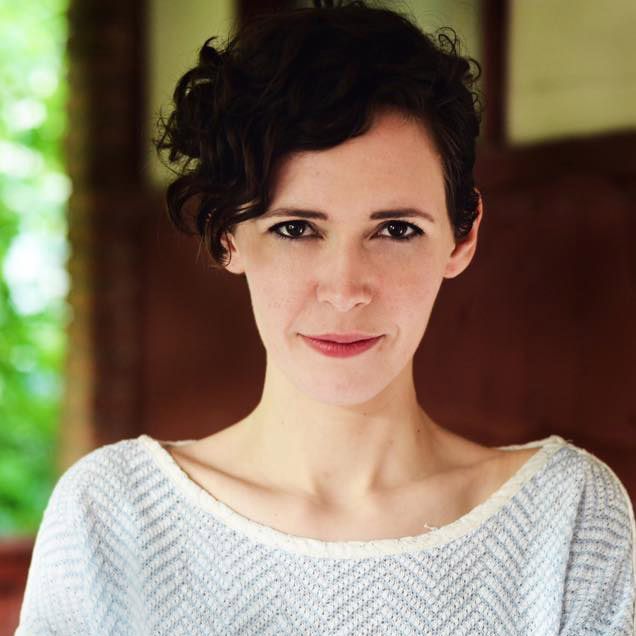 Whitney Zangarine is excited to be making her Boiling Point Player Cabaret debut.  Previous credits: Cabaret (Sally Bowles),  Positions (Rogue), Antony and Cleopatra (Cleopatra), Detroit '67 (Caroline), As Bees in Honey Drown (Alexa Vere de Vere), A Funny Thing Happened on the Way to the Forum (Pseudolus), 9 to 5: The Musical (Judy Bernley), The 25th Annual Putnam County Spelling Bee (Logainne SchwartzandGrubenierre). In addition to acting, Whitney is also a Teaching Artist with the Alley Theatre's Education and Community Engagement Department.  She serves as a facilitator of the Staging STEM program, which offers arts integration curriculum to Houston area elementary schools, as well as a specialized arts integration mentor for teachers. Her show is up next in our season! 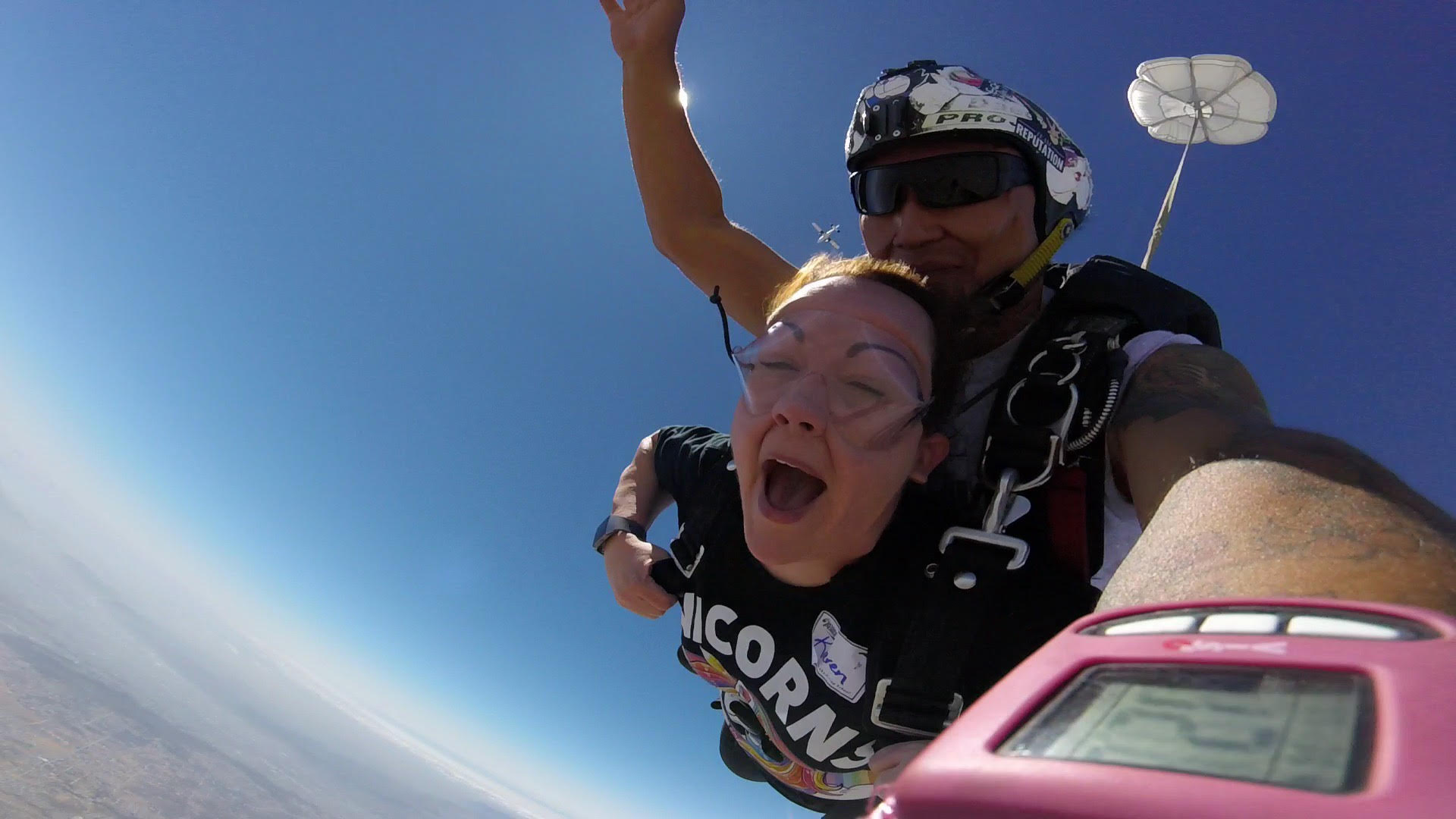 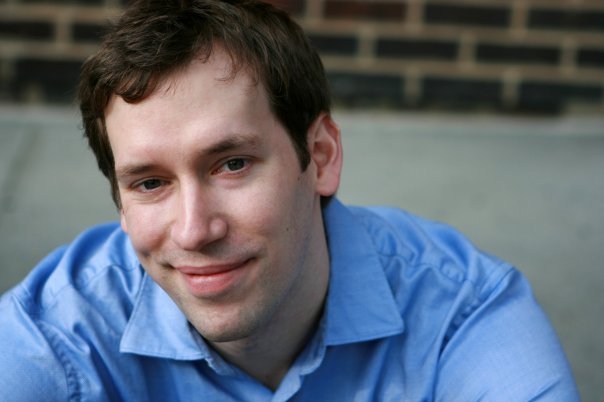