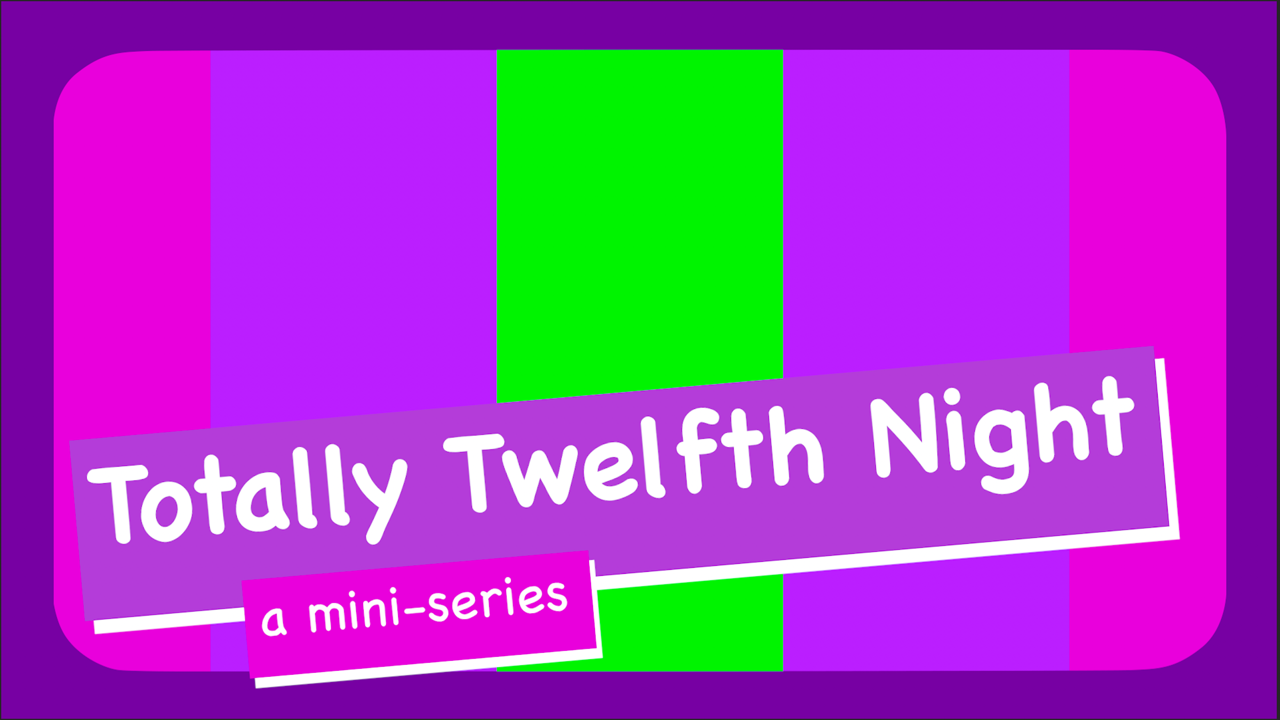 An All Female Production of William Shakespeare's

COVID-19 added some wrinkles to this production (and to everyday life) and we will always strive to protect the safety and health of our cast, crew and patrons so we decided to do an online miniseries for this production.

Company Onstage and Boiling Point Players are excited to bring you a collaboration that is born in the time of COVID-19. Ship-wrecks, separated twins, cross-dress and disguise, a poetry-loving girl who finds herself at the center of a not-so-typical love triangle, falling in love with strangers, drinking, revelry, mistaken identity.  Need we go on?  Twelfth Night has it all.  Believed to have premiered in 1602, this beloved classic was a hit even in Shakespeare’s day.

Christine Weems is thrilled that Ruth and Autumn continue to let her come play with them and is beyond excited about this - their fourth all-female Shakespeare collaboration (A Midsummer Night's Dream, A Comedy of Errors and The Merry WIves of Windsor).  Christine is a founding board member of Cone Man Running Productions as well as a crazy sports fan (Longhorn football, Astros baseball and Rockets basketball), an often director, an occasional playwright, a seldom actor, a photographer, judge, wife, mommy and extra in Office Space.  She is currently a producer and podcast host on Cone Man Running Productions' War of the Words: An Audioplay Bracket Battle as well as acting in and directing Cone Man Running's first caper - Murder on the Deep Blue Sea (It's Really More of a Bay).  So much love to all of the women in this show as well as Company OnStage and Boiling Point Players for trusting her with this project and their infinite patience as we all worked to figure out how to present this show as creatively and safely as possible in this crazy time.  Finally, much thanks to the men in her life who make everything she does possible - Michael, Tommy, Jack and Sammy. 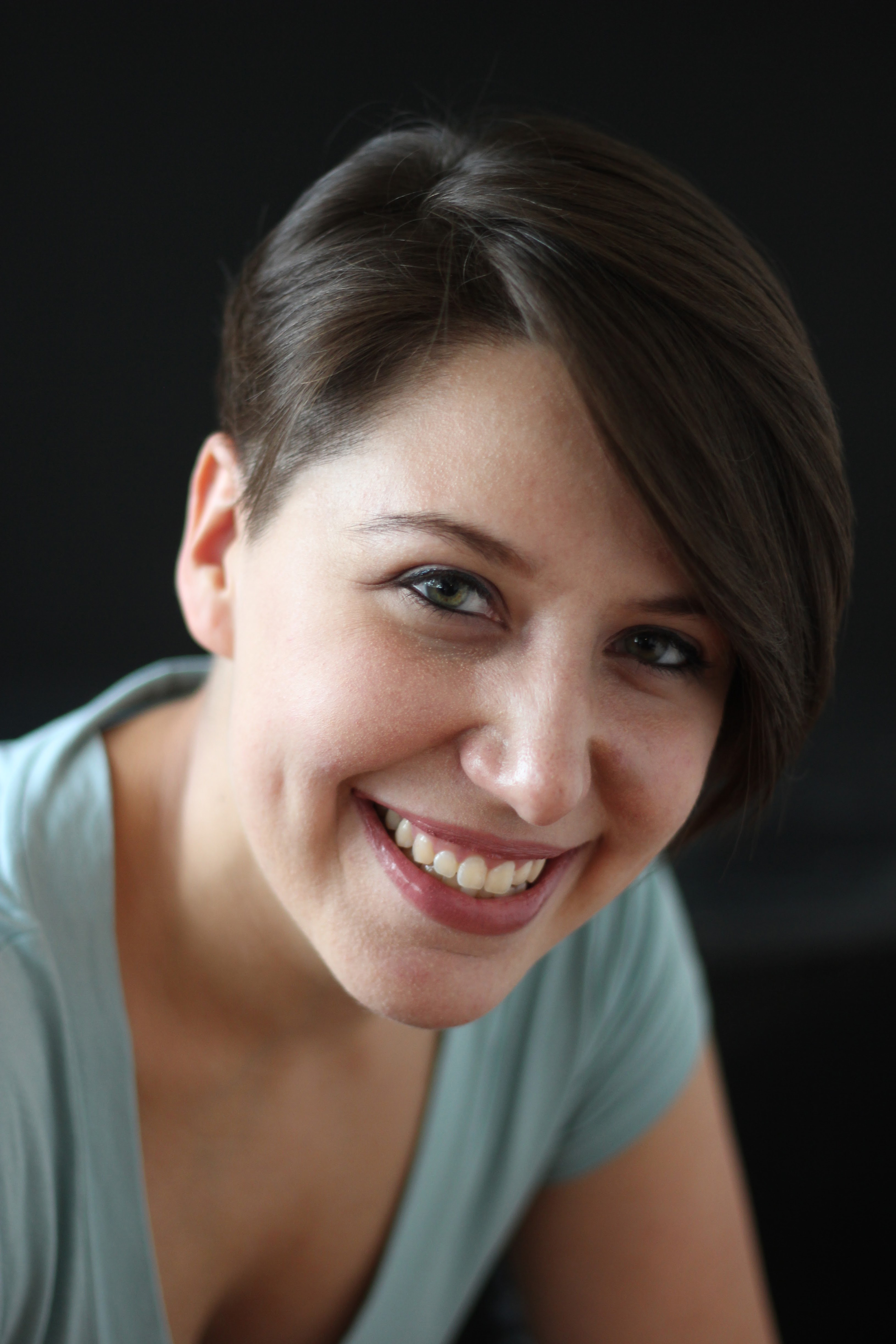 Kacie Adams is honored to once again join Boiling Point Players on one of their all-women Shakespeare productions, having previously worked on The Merry Wives of Windsor and Comedy of Errors. She has also been seen in Positions and several of their annual cabarets. Other companies she has had the privilege of performing with include Cone Man Running Productions (House/Garden), Pronoia Theater (Winning Angela), Company OnStage (Cinderella Goes Disco), and Theater LaB (Kiss Me). 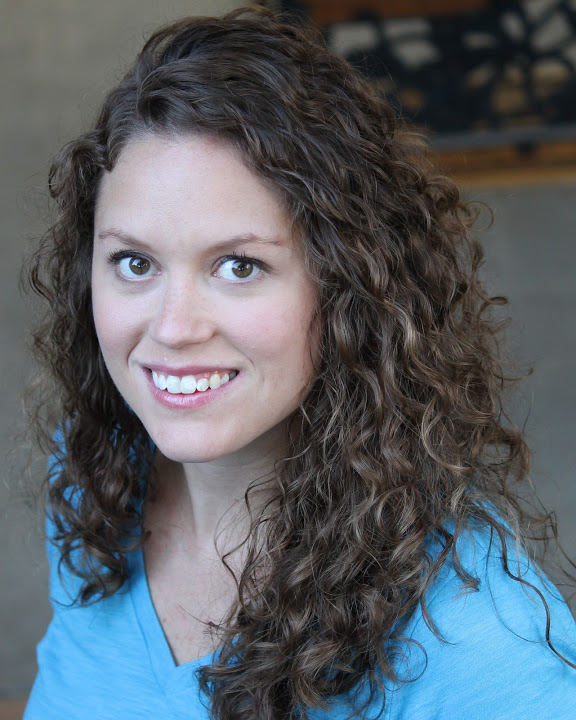 Helen Baker is excited to play onstage in her first BPP Shakespeare production. She spends most of her time teaching theatre to 6th, 7th and 8th graders, so this is a fun break! Favorite roles include Inga in “Young Frankenstein” and Frosty in “Frosty the Snowman.” Thanks to family and friends for their continued support. 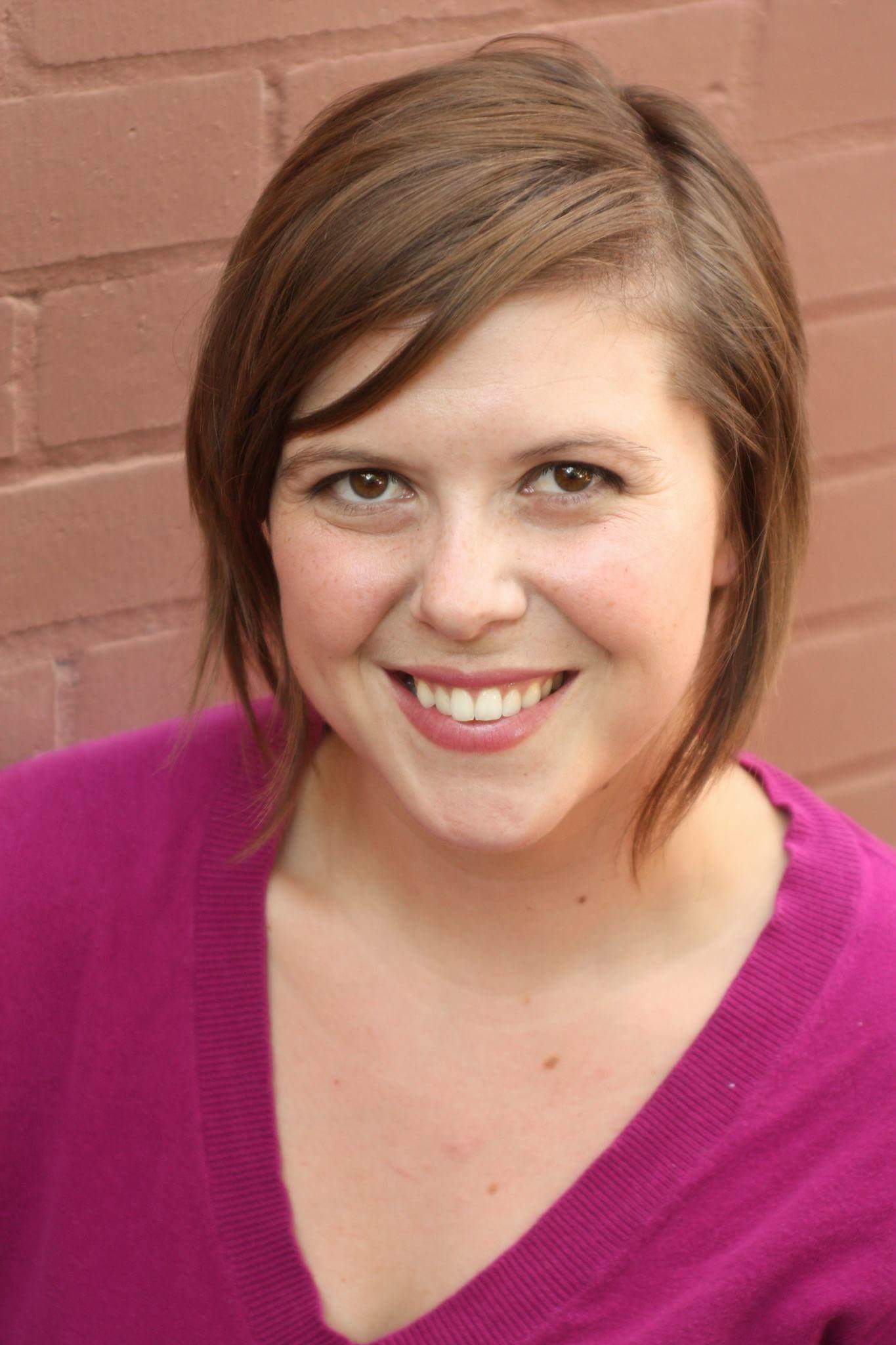 Autumn Clack is a co-founder of Boiling Point Players, and is so excited to be playing Maria. Originally from Houston, Autumn got her BFA in Theatre from Adelphi University in New York and studied at London Dramatic Academy. She studied improv with Massive Creativity and is one half of the improv duo Ophelia's Rope with Ruth McCleskey. Some favorite past roles include Falstaff, The Merry Wives of Windsor (all female cast), Dromio of Syracuse, Comedy of Errors (all female cast), Lysander, A Midsummer Night's Dream (all female cast), Lakin, True Story, Vern, 5 Lesbians Eating a Quiche - Boiling Point Players; Joanna, House/Garden, Jen - Sunday on the Rocks, Lindsay, Give/Take - Cone Man Running Productions; Marcie/Lily, The Beebo Brinker Chronicles, Celebration Theatre; Esther, Pollywog, Nicole, Large Animal Games - Mildred's Umbrella Theatre Company. A huge thanks to everyone who has been a part of this production! 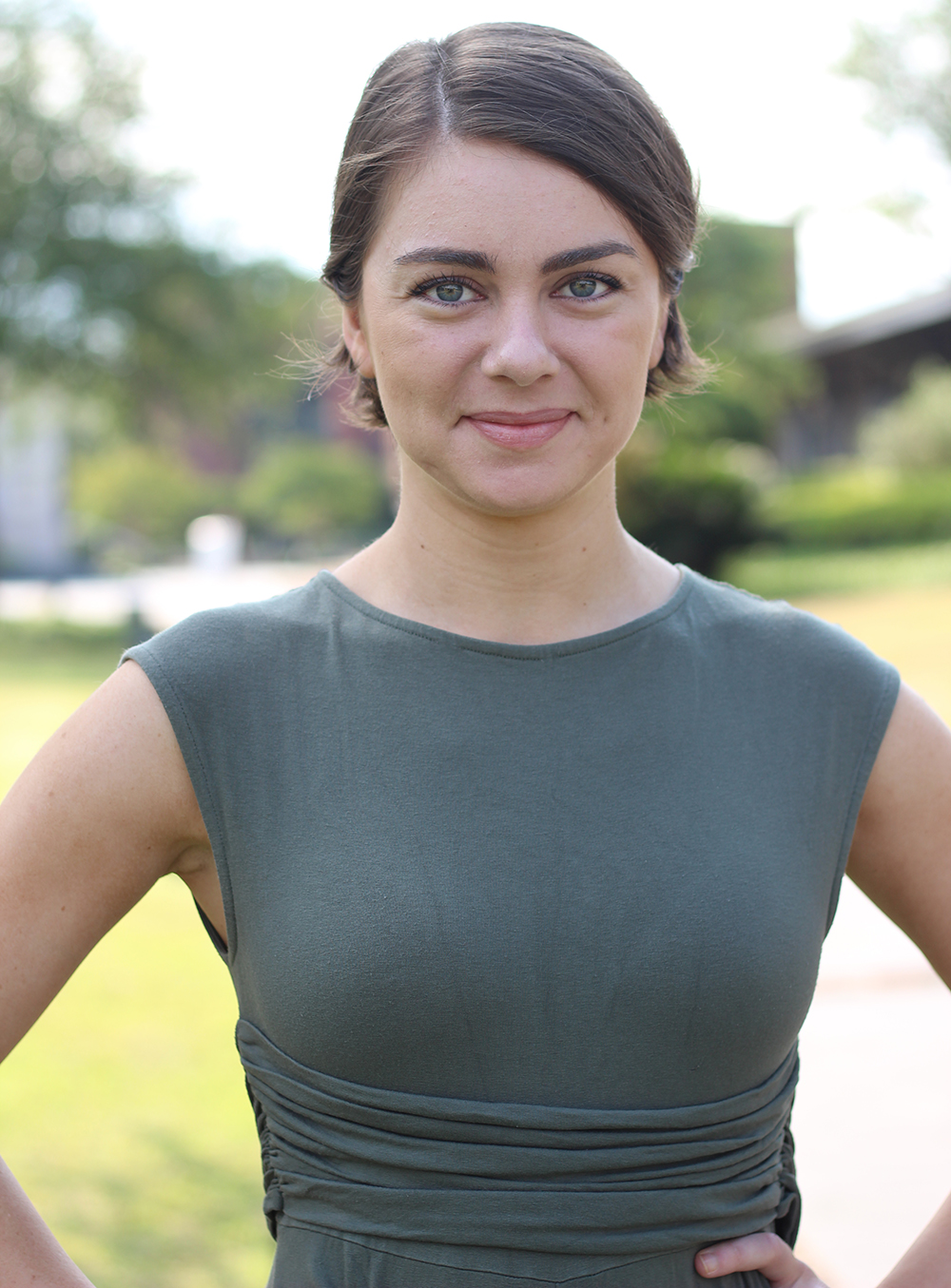 This is Jessie Hyder's debut with Company Onstage but it is her second production with Boiling Point Players after their rendition of 154 SONNETS this past Feb. She is thrilled to be a part of the team once again! Some of her past productions include: The Hard Problem (Main Street Theater), Cabaret (Savannah Stage Company), and The Glass Menagerie (S.O.S. Theater Co.). Jessie holds an MFA in Performing Arts from Savannah College of Art and Design. She'd like to thank her husband, Tripp, for being her real life Orsino. 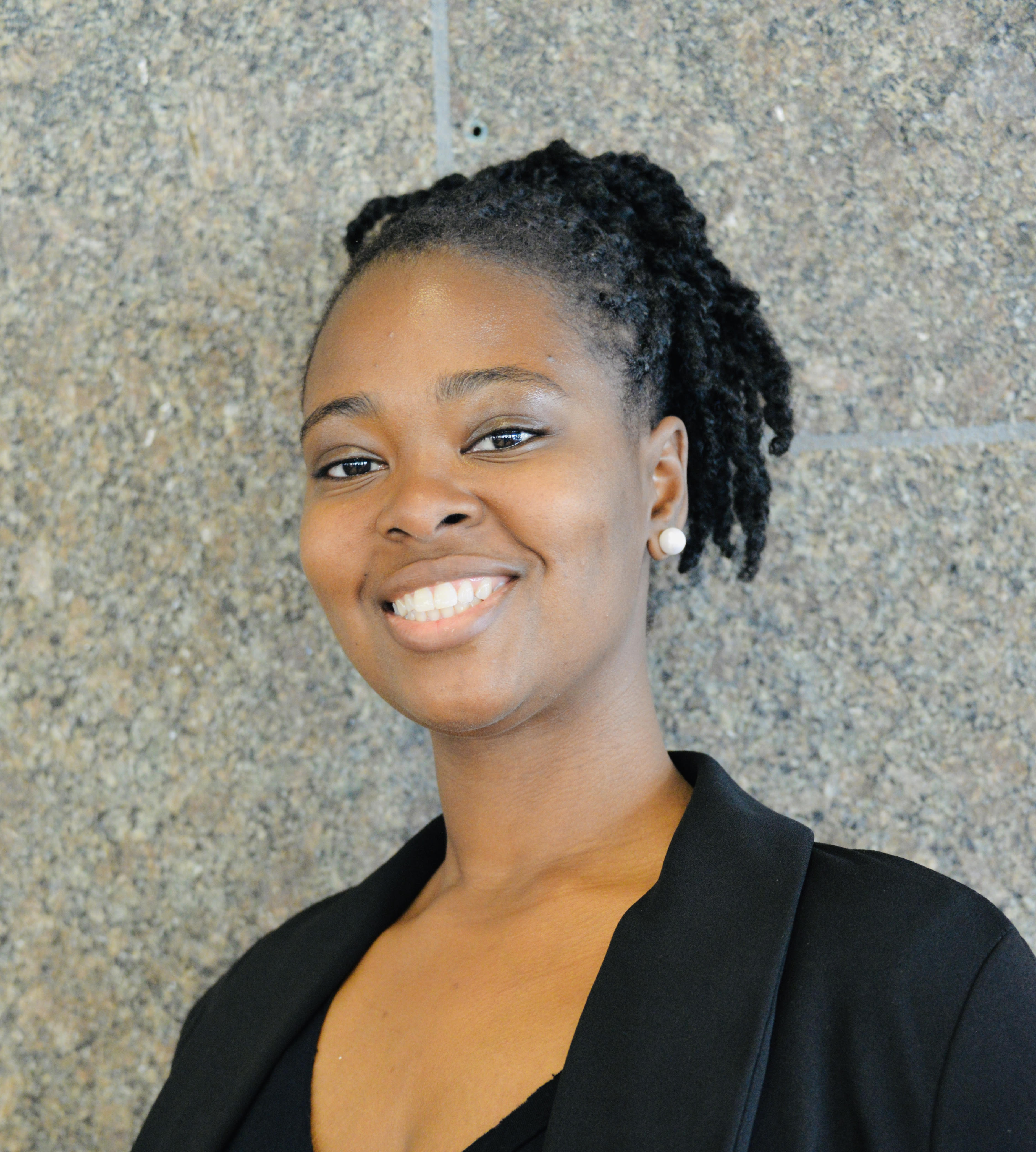 Ansonia Jones has appeared in a number of productions in the Houston area, beginning with Silent Sky at the Pearland Theatre Guild in October of 2018. Her most recent theater credits include Ensemble Theater’s Touring Education production of “Roll Of Thunder, Hear My Cry” as Cassie Logan. She hopes to have more opportunities to “live truthfully under imaginary circumstances” (shoutout to Meisner!) as a performer and writer.

This is Stephanie's 4th Boiling Point Players show (Perfect Attendance for the all-female Shakespeare productions) and her nth Company OnStage production (10 years and counting, and proudly serving on the Board of Directors) . She is happy to be performing again and hopes everyone stays safe, sane, and sensible.

Ruth S. McCleskey graduated from the University of Houston, magna cum laude, with a degree in theater. Amongst her favorite theater credits: Shakespeare’s A Midsummer Night’s Dream, Sunday of the Rocks, The Fair Maid of the West, The Importance of Eating Earnest, In Juliet’s Garden, Secrets of a Soccer Mom, Sylvia, Hedda Gabler in Hedda Gabler, The Baby,  The AntiChrist Cometh,  Macbeth Mixup,  Three Bags Full, Romeo and Juliet, The Nerd, Sordid Lives, Pinocchio Commedia, You Can't Take It With You, Romantic Comedy, Carl the Second, and Blueness/Grayness. She also performs with Autumn Clack in the two-person long form improv group Ophelia’s Rope (OpheliasRope.com) and is a co-founder of Boiling Point Players (BoilingPointPlayers.com) a female-centric theater company. 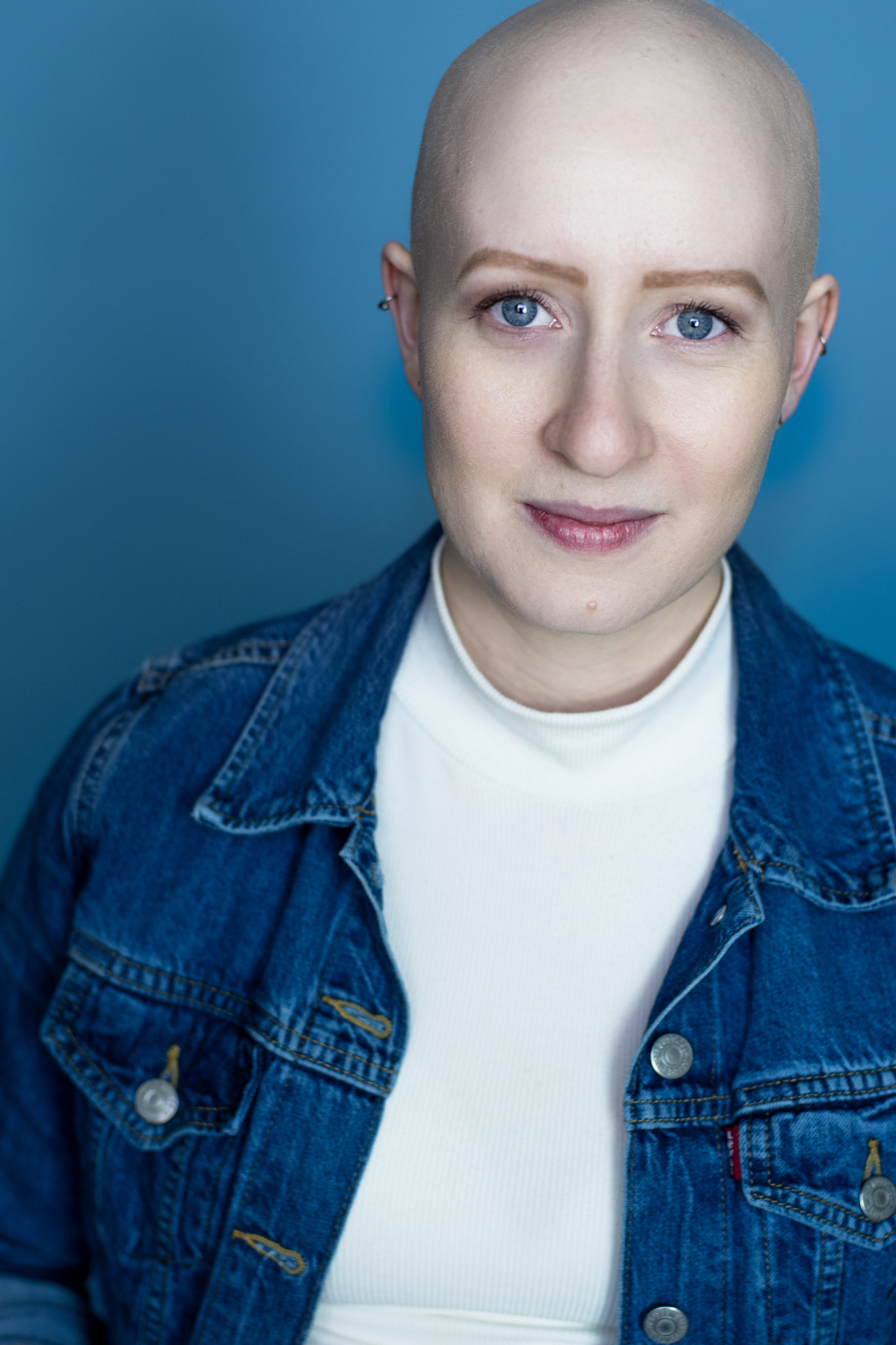 Sandra is thrilled to be working with Boiling Point Players once more and is ecstatic to be making her Company Onstage debut. She was last seen in Cone Man Running Productions' world debut of SEPARATING THE ART where she played the role of Ivy, as well as composed original music for the show. Next, see Sandra in Alliance Theatre’s upcoming production of Boys Next Door. When not onstage, you can find Sandra running with her pack of wild dogs and thanking the amazing people in her life for supporting her every step of the way (Seth, Mom, Dad, Christian, thankyouthankyouthankyou). Credits: Mother/Cap. Jensen/Fitzgerald/Various (SHIPWRECKED! AN ENTERTAINMENT) Corrie (BAREFOOT IN THE PARK), Sister James (DOUBT), Claire (PROOF), Octavia (ANTONY AND CLEOPATRA), Elizabeth (THE CRUCIBLE), Lady Caroline (ENCHANTED APRIL), Ensemble (154 SONNETS), Patron (ELVIS’ JUKEBOX); Composer (WAR OF THE WORDS), Composer (SEPARATING THE ART). Follow Sandra on Instagram @the_living_red and www.sandramsey.com.

Katherine Rinaldi is excited to be working with Boiling Point Players for their third show of 2020. Katherine graduated in 2010 from the University of St. Thomas with her BA in Drama.  Katherine's previous credits include A 154 Sonnets, A Comedy of Errors, and A Midsummer Night's Dream with Boiling Point Players; Come and Go, and Bully (staged reading) with Mildred's Umbrella; The :NV:S:BLE PLAY, A Common Martyr, and Fragments with Come Man Running Productions; and This is Modern Art and The Redemption Series with The Landing Theatre. 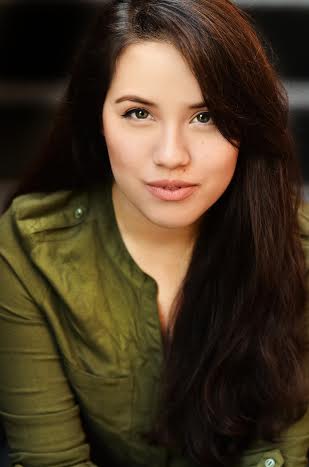 Helen Rios is Summer. That's pretty much all you really need to know.

Renata Smith is very excited to be participating in her second All female Shakespearean production with Boiling Point players. She was lucky enough to be a member of the Merry Wives of Windsor cast and is proud to be back for more. Some of Renata's favorite roles have included Sylvia in Sylvia here at The Company onStage theatre, Ann Sullivan in Miracle Worker with Country  Playhouse (now Queensbury theatre), Karen in The Grounding at Theatre Southwest, and a myriad of characters in Cone Man Running's Five Minute Mile. During this Quarantine, Renata has been working closely with Cone Man Running to bring audio plays to life with The War of the Words, an audio play bracket battle. As always, her performance is dedicated to her family who understand and support her along the way. 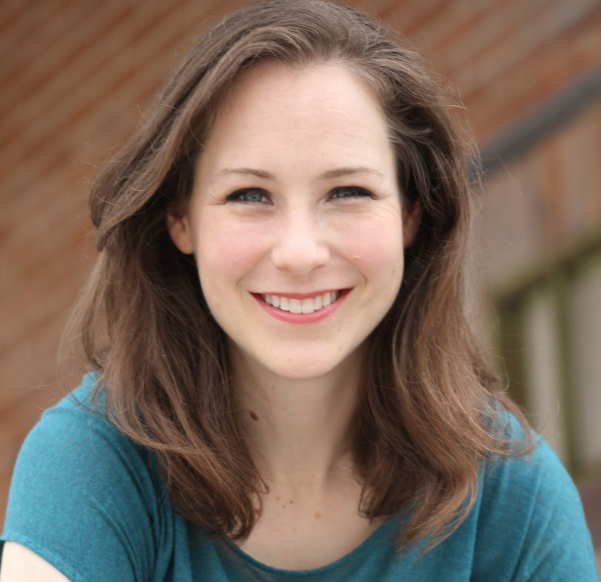 CarrieLee is stoked to perform for the first time with Boiling Point players and this uber-talented group of ladies in one of her favorite Shakespeare plays! Graduating from SMU (BFA Theatre, Anthropology minor), she has worked across the Midwest in theatre, short films, and more. Most recently performing virtually in They Don't Want to Hear Hattie Sing, pre-COVID she was last onstage in Dreamgirl Deferred at Midtown Art Center. Other fav roles: Gravedigger (Hamlet), Martha (Children's Hour), Lenny (Crimes of the Heart), Allison (Where's Julie?), Alice Roosevelt (Booker T at the Door), Alice (Alice in Wonderland), and Grace Kelley (Last Night of Josephine Baker, tentative 2021 revival). Guess she likes the name Alice. Much love to family.